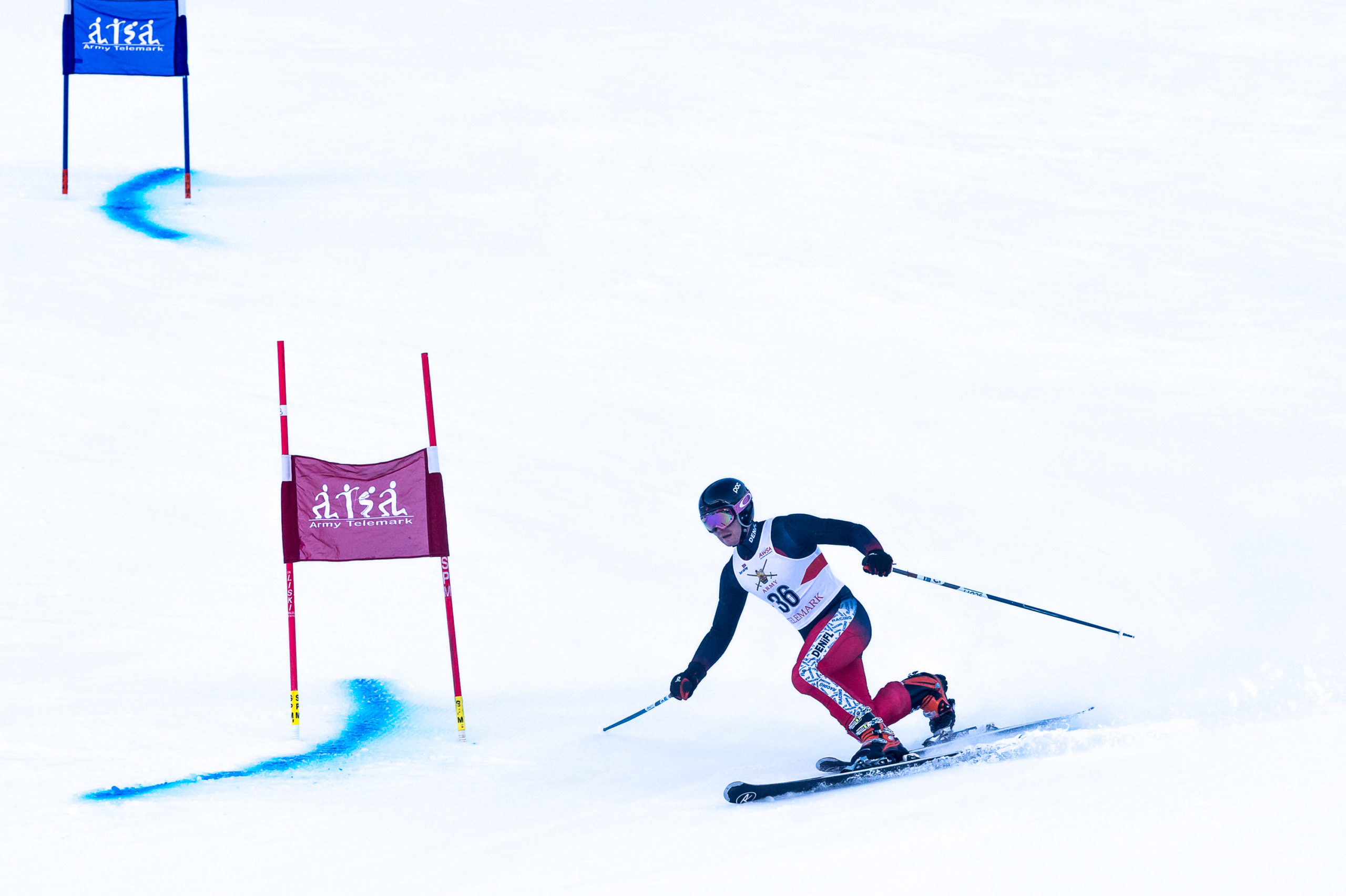 Twenty Eighteen saw the British and Army Championships (Ex TELEMARK TITAN) return to Pralognon-la-Vanoise, France for the second year in a row. Having just hosted a FIS Telemark World Cup event with the best Telemarkers from eleven nations competing down the same slopes that we would be in only five days time, the village was already in a buzz of excitement as the teams disembarked from their combi vans.

The first week was scheduled to have lessons for the beginners and race training for those in the more advanced groups. These thorough plans were quickly put to the side as snow started to fall.  The continuously falling snow did not let up all week which provided nice soft snow for the beginners and lots of powder for those more advanced. This was undoubtedly incredible fun, however it became increasing frustrating for the racers as each day came to a close and still we hadn’t had the chance to practice through the GS gates or in the 360* loom. This is designed to cut athletes speed before they start on the skating section of the course. One thing the fresh snow did allow for was plenty of practice over the jump which Major Daz Howells threw himself off time and time again despite his body’s protests.

At the end of the first week, the organizers who worked tirelessly to try and get the first race underway were thwarted by the continuous falling snow, much to the frustration of the competitors. Finally after two early starts for the athletes and even earlier starts for the organisers, the first race could get underway. This was the Sprint event which consists of two runs of roughly 25 giant slalom gates followed by a skating section of 50m. There is a jump in the middle of the GS section where athletes need to cover a pre-set distance and land in the Telemark position to avoid picking up time penalties. As well as this there is a banked 360 degree turn designed to cut the athletes speed before they commence with the skating section. The snow held off for the day and allowed the race to run smoothly much to everyone’s relief. At the end of the second run OCdt’s Ben Emsley from Bristol UOTC and Elie Thorn from Exeter UOTC stood on top of the male and female podiums.

The next event was the Classic, it is a gruelling single run event where athletes ski through approximately 45 GS gates followed by a skating section of 100m. All the competitors regardless of whether they were novices or British team members collapsed exhausted across the uphill finish line. The results remained unchanged for both the top British and Army competitors so that OCdt’s Emsley and Thorn were crowned Army champions. OCdt Evie James Exeter UOTC and OCdt Joe Richards Exeter UOTC were crowned female and male novice champions having been the best novices in the championship races. The team competition was as close as ever with 24 Cdo RE taking the crown and stopping the UOTC’s from dominating the top of the podium too much.

For those novices who were not yet up to the standard of the championship races, there was plenty of competition available in the form of the development sprint and classic. These were much the same as the championship events just on a smaller scale. These events show some real courage as the competitors fly down the hill with little regard for their own safety. LCpl Ryan Burrows RE won the Development race combination, a thoroughly impressive feat considering he had never stepped on skis until ten days previously.

Sadly the delays in the schedule meant that the giant slalom and the mountain race were both cancelled much to everyone’s disappointment. They will run again next year by which time no one will remember just how exhausting and physically demanding the mountain race really was.

This year sees Army Telemark say farewell to its chairperson, Brigadier Suzanne Anderson (late AGC(ETS)) who has spent the last five years managing the championships day to day as well as taking the lead on finding a new resort. It is down to her and her team that the championships are now in Pralognon-la-Vanoise where they are going from strength to strength. All her hard work should allow a smooth transition for when Colonel Matt Birch (Late RA) steps up at the end of this year.

The Army team for the Inter Service Championships saw Major Daz Howells making a comeback and stepping up to be captain and Lt Robbie Houstoun being selected for the first time alongside Capt Joe Wooldridge RA, Lt Jake Falconer R Mons RE, Sgt Danny Johnson RE, LCpl Ed Little RE and LCpl Henry Munns MI. The races were very close this year with the RAF fielding an increasingly strong team. The Army were able to hold them off, however they could not beat the Navy’s aging team who took the top spot. Lt Robbie Houstoun took ISSSC Telemark champion and best Telemark novice ensuring the Army team didn’t leave empty handed.

If you would like more information about the 2019 championships, please email telemark@awsa.org.uk. There are also a number of indoor telemark festivals that run through the summer, the details can be found at http://gbtelemark.co.uk/. 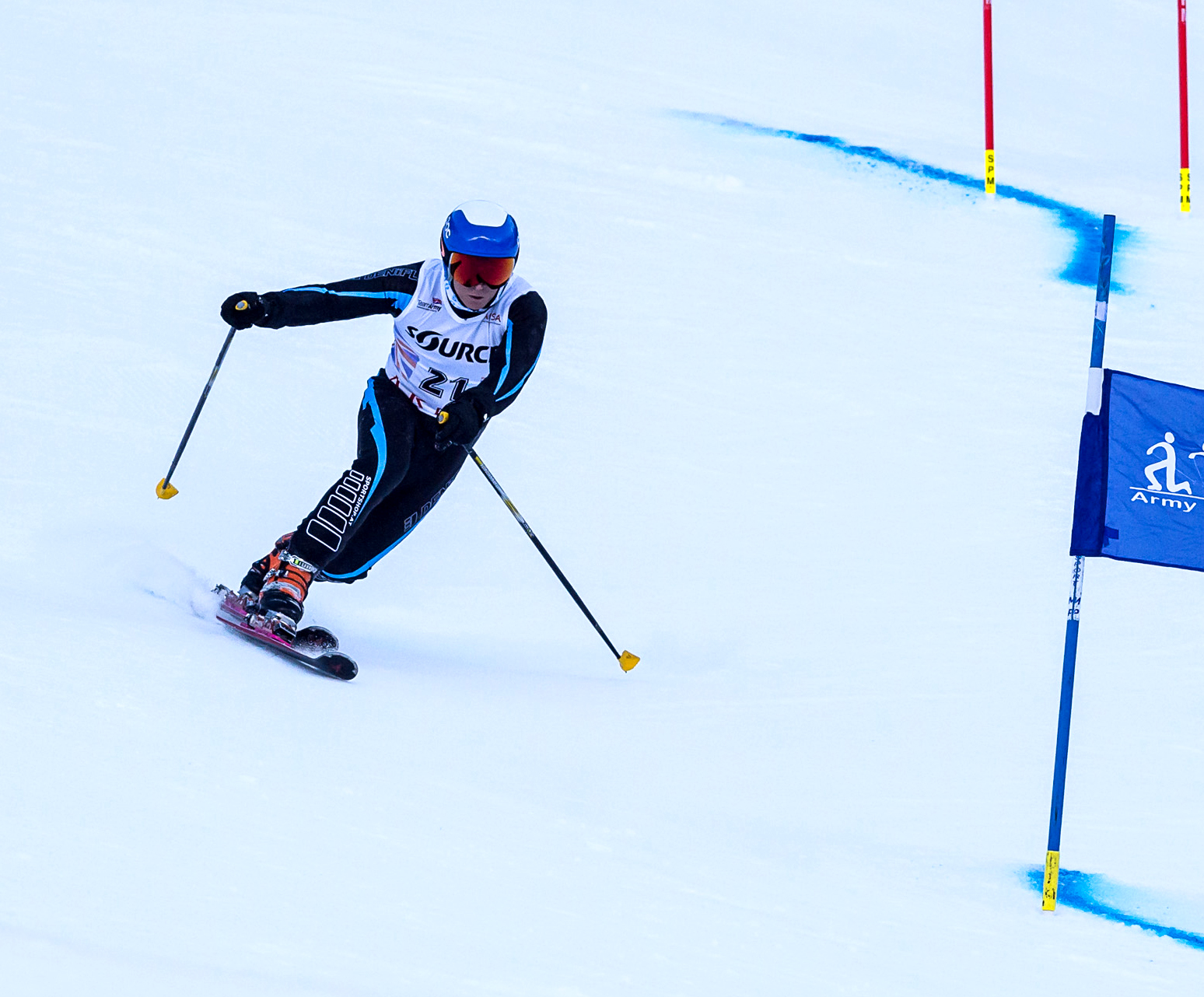