2019 saw the British and Army Championships (Ex TELEMARK TITAN) return to Pralognon-la-Vanoise (PLV), France for the third consecutive year. This year’s Championship coincided with PLV hosting a FIS Telemark World Cup event over the final weekend, the atmosphere built throughout the 14 days with a palpable buzz of excitement amongst all the competitors, officials and villagers alike. 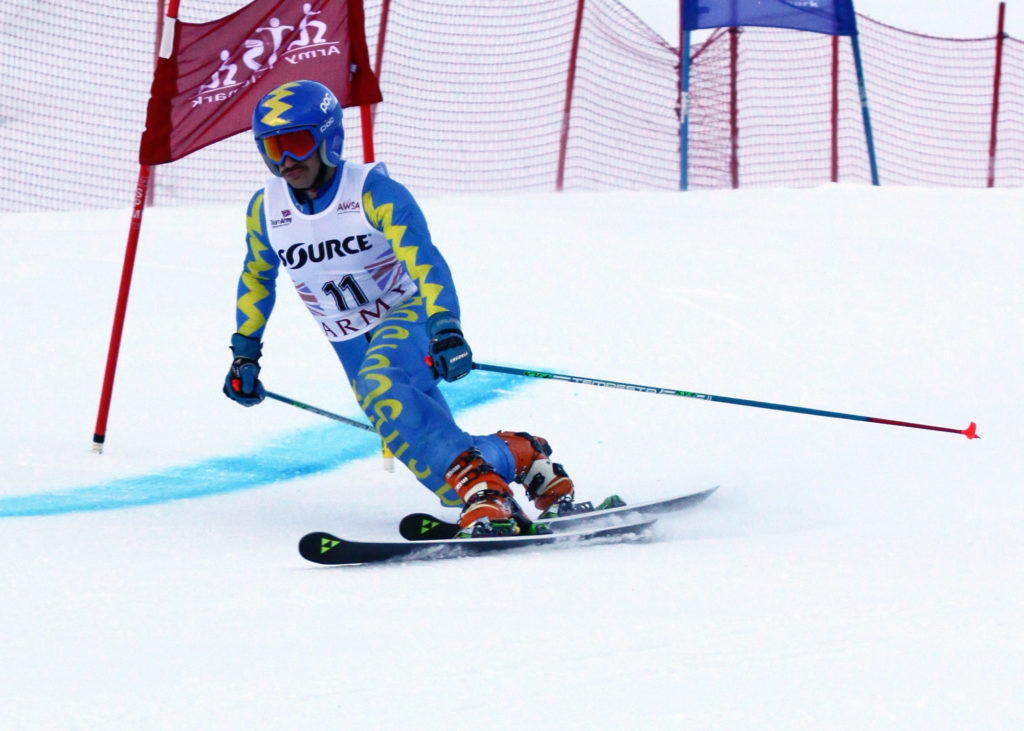 The Championships were attended by 110 racers from across the Army, the design of the Championships allow for all ability levels, with experienced racers to first time telemarkers. The event comprises two different race series; the Championship and the Development, this allows for those new to telemarking to be able to race on a less demanding course, although still set on the same race piste that those with more experience use, this helps to keep the “fear factor” of racing to a manageable level for both racers and officials!

The quality of the race slope and the fact the authorities in PLV work so very hard to provide an outstanding Championships, is a credit to the relationship that has been established between PLV and the Army Telemark Officials. Again, as in previous years, the specifically trained Telemark instructors provided by the École du Ski Français (ESF), as well as the piste crews, remain of the highest quality and this transposed into a great event for 2019. The standard of Telemark skiing in the Army has hugely benefited from the level of instruction provided by the resort. With a broad span of experience available, the newer Telemarker will be advanced in piste technique, whilst the more experienced skier hones their racing skills under the supervision of FIS Telemark World Cup standard coaches.

With Telemark, the main difference from Alpine skiing is that the heel is not fixed into the ski binding, the reason Telemark is also known as free heel skiing, and on every turn the downhill foot is lunged forwards, making it an incredibly physically demanding discipline of skiing. For those that know little of Telemark, there are 4 different types of race to be competed in; the Giant Slalom, the Parallel Giant Slalom, the Sprint and the Classic. These events, unlike in Alpine, do not just include gates to negotiate. Depending on the event there are also added “fun” challenges which include jumps, a skating section and a 360-degree banked turn or ‘loom’.

Week one of the Exercise is all about training as well as some powder skiing during days of heavy snowfall! The training includes everything from on-piste skiing and basic technique improvement for the beginners and intermediates to full race training which included gates, jumps, banked turns and skating for those with more experience in the advanced groups.
Week two and it is straight into the races, everything had become a little more serious and there is now a definite competitive edge regardless of the class of competition you are in. The Giant Slalom, followed by the Sprint and then the Classic for both the Championship competitors and those in the Development area who are still frantically seeking to learn and master the discipline as they go! These events are then closely followed by the team Mountain Race. This event has now become a regular feature to draw the Championships to a close and involves teams of three competing in an uphill/downhill battle of endurance, each competitor in the team climbs up the mountain along the set course before ripping their ski skins off at the top and skiing down as fast as possible to release the next member of the relay. This event is just about the most exhausting and physically demanding activity you can do on ski’s, it’s no wonder that its popularity seems to go from strength to strength each season. Rest assured it is already in the programme for 2020 as is the Parallel Giant Slalom!

The seasons championship was dominated by the team for the Royal Engineers, with challenging performances coming from Exeter University Officer Training Corps, the Royal Artillery and the Royal Electrical and Mechanical Engineers. Lt Robbie Houstoun, Royal Scots Dragoon Guards, dominated the individual competition with Maj Dafydd Howells, Royal Engineers, and Cpl Henry Munns, Intelligence Corps, battling for the second and third places, respectively. There were strong performances in the Development races, with clear potential for personnel to advance into Championship races during the 2020 event. The standard of competition during 2019 was the strongest seen since the Championships began and, looking forward, with the support provided by PLV the discipline is in a great position to capitalise on enthusiastic Telemarkers.

If you would like more information about the 2020 Championships please email the discipline secretary at telemark@awsa.org.uk. There are also a number of indoor Telemark festivals that run throughout the summer months, the details can be found at http://gbtelemark.co.uk. 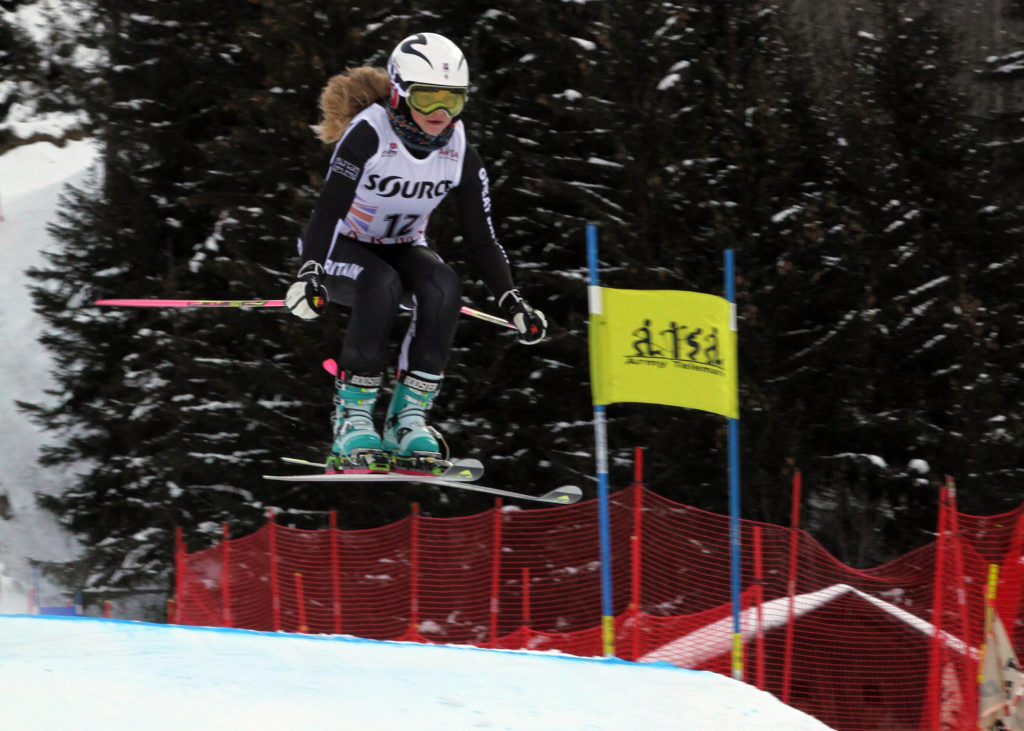 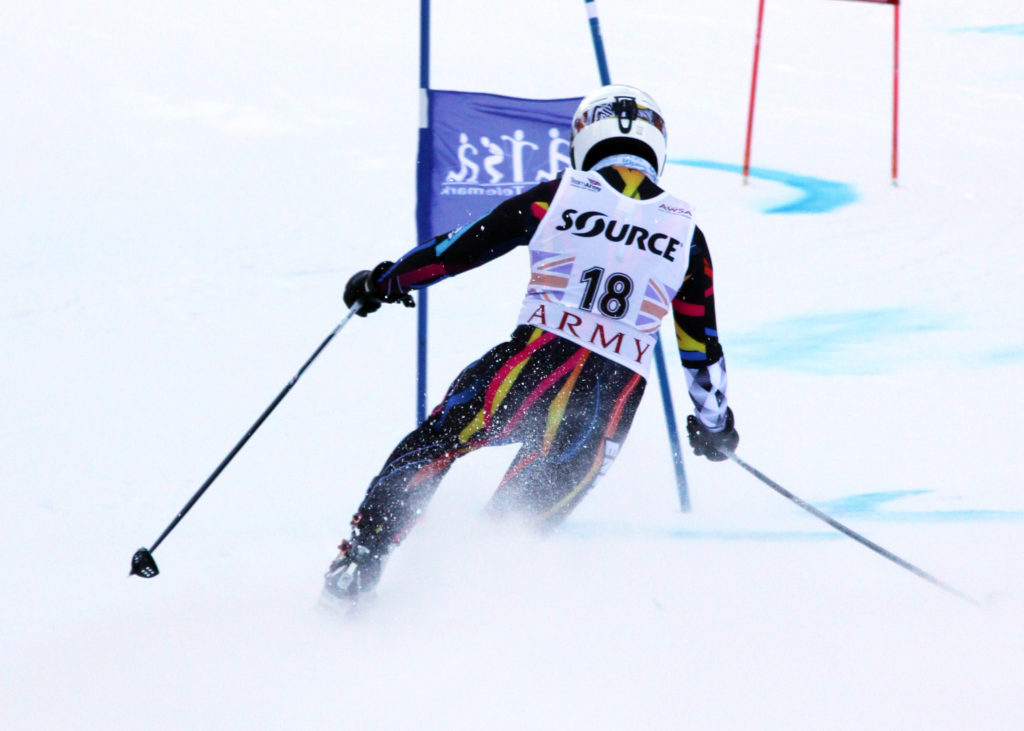 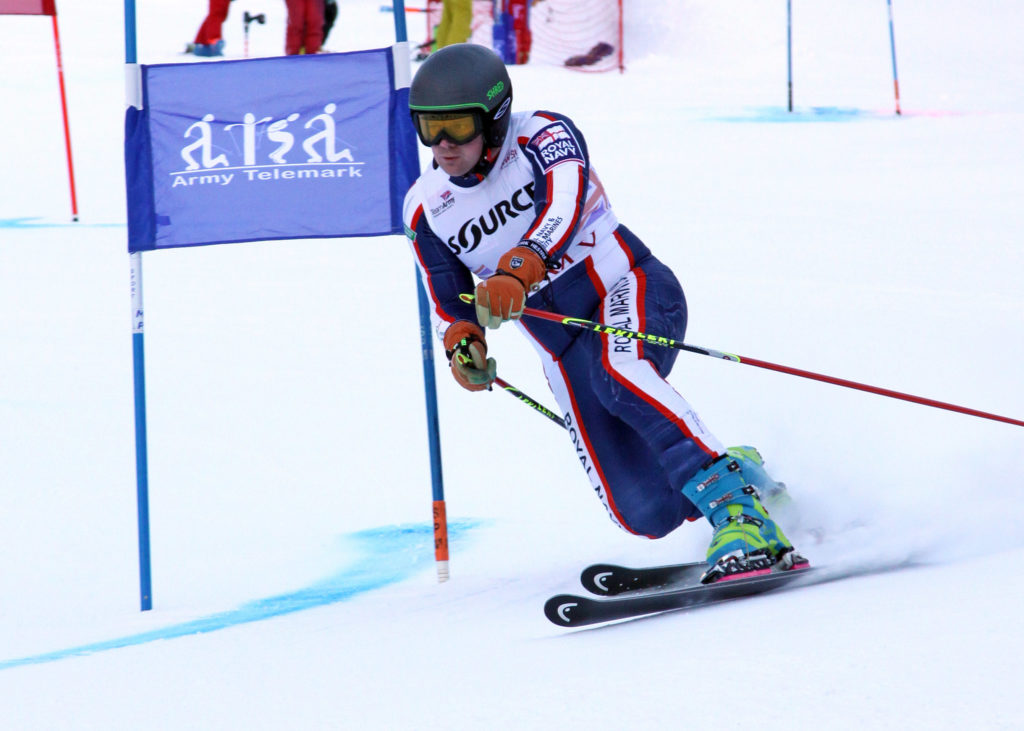