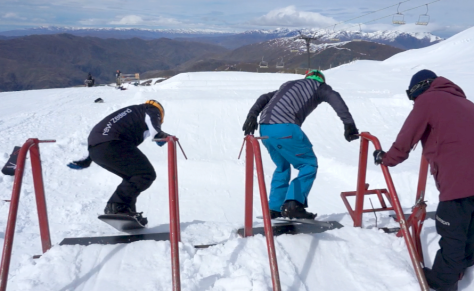 Exercise Snow Method 17 originally aimed to provide a Snowboarding event early in the season aimed at those on Military Operations that could not attend events later in the season. It has steadily developed and with the drawdown of Ops it has become something much more. SNOW METHOD provides a great platform for Freestyle Instruction both for Snowboarders and during some years for skiers too, often with a great instructor to student ratio. Running alongside the main Freestyle training there are BASI L1, BASI L2 and often UKCP course. These are invariably subsidized by the AWSA and are a great way for membership fees to be injected back into the sport allowing seasoned riders the opportunity to develop certification for their ability and obtain an instructional qualification. Many Corps use BASI instructors to teach at their Corps Snowboarding camps, so not only does it benefit the individual it also benefits each Corps in having qualified instructors available without the need to source externally.

Kaunertal Glacier proved again to be a great location for the event with the KTO opening weekend coinciding with our arrival. With the opening weekend frequented by some world class riders demonstrating a high level of freestyle riding. The board testing gave guys a chance to try out the latest kit and ride different brands and types of boards allowing an opportunity to feel how different equipment affects riding performance.

The weather was fortunately favourable and not only over the course of the exercise were we treated with several snowfalls the sun shone and visibility and riding conditions were spot on too. The Glacier has proven a great location to host the exercise, having hosted SNOW METHOD for the third year running. The park is superb for all ability levels and provided challenges for all levels of riders. The support from the Glacier staff is always second to none and the British Army are always made to feel welcome.

The groups began by splitting into their respective areas; BASI L1, BASI L2 and those on Freestyle. The freestyle group subsequently spilt into ability groups with each ability being allocated an instructor from Ripstar. The ability varied from complete novices to some advanced riders including guys with experience of competing at the Armys, Inter Services and the Brits. The guys from Ripstar are always “Super Stoked” to teach the British Army as we are all participating for the love of the sport and are always keen to learn and progress. The Dutch Instructors always bring a lot of energy and enthusiasm to the event and manage every year to get the most from our riders.

After the first week the instruction phase was over and the committee host a meal and social evening at which we take the opportunity to say farewell to some of the Ripstar Instructors. The riders are treated with a rest day on the Sunday in which most opt for a relaxing day at a nearby Spa, walking at the nearby Glacial lake or simply chilling in their Apartments.

The final week provides the riders an opportunity for them to form a run in the park ready for the freestyle competition. Individual coaching is provided by the remainder of the Ripstar Instructors and from Seb Kern, a Pro Rider who often provides support to the British Army. The week has a relaxed approach to training whereby riders are able to choose their area of focus and dial in their competition run. Egged on by each other challenges are naturally set and those that could and those that wanted to attempted to join the 4 club on the top waterfall feature. If you could ride all 4 steps on the waterfall you held the kudos of being in the club (but only if it was caught on camera!).

The competition took place and proved a great success with some excellent riding all round. Sjt Sven Benavides took a well-deserved first place in the Open category and Spr Nathan Bradbeer taking first in the Intermediate category. The competition phase always highlights how much people have progressed throughout the exercise, it is always amazing to see the transition throughout the fortnight by some committed individuals. The prize giving gave winners some great prizes including a board personally signed by one of the most famous riders in Snowboarding; Travis Rice. Who would have thought that he would happen to be signing autographs in the same shop in Innsbruck at the same time as the committee were out buying prizes? An additional prize was also awarded to the “Riders Rider” and this year that man was WO2 Tom Etherington for his all-round good attitude and his commitment to the sport and enabling it for many others year on year.

Obviously, events like this do not run themselves and need the dedication and support from committed individuals. Therefore, a special thank you goes to the Exercise Director Col John Connelly who tirelessly commits not only the two weeks during the exercise but countless hours leading up to the event fighting for funding in order to support and enable the longevity of this event, and many others too! Big thanks also to the committee. Maj Edd Alderson, Capt. Becky Moll, WO1 John Craig; and SSgt Phil Mulligan. Also, to Ripstar, Snowboard Coach UK and Seb Kern. 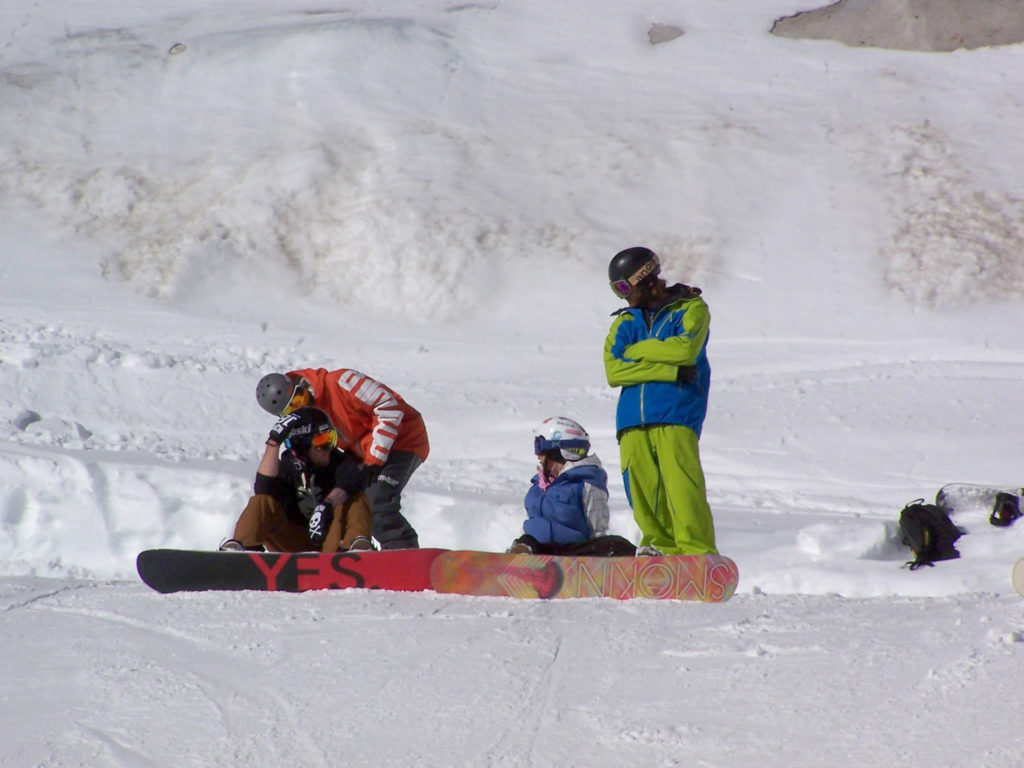