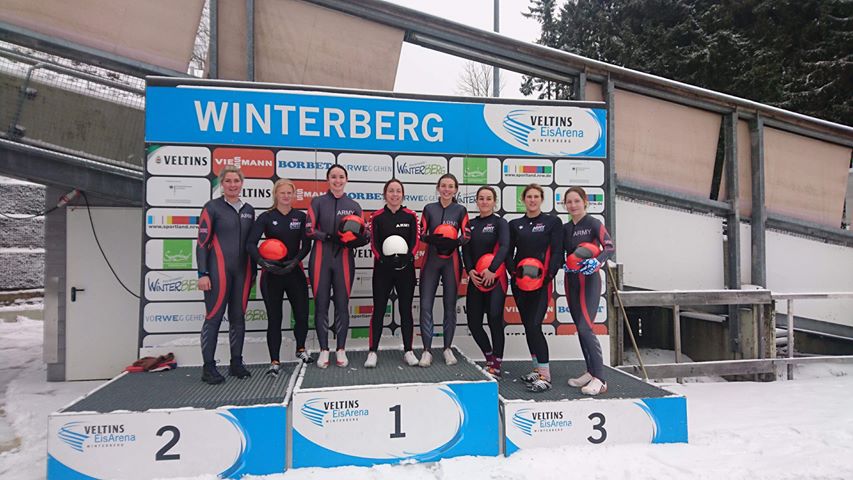 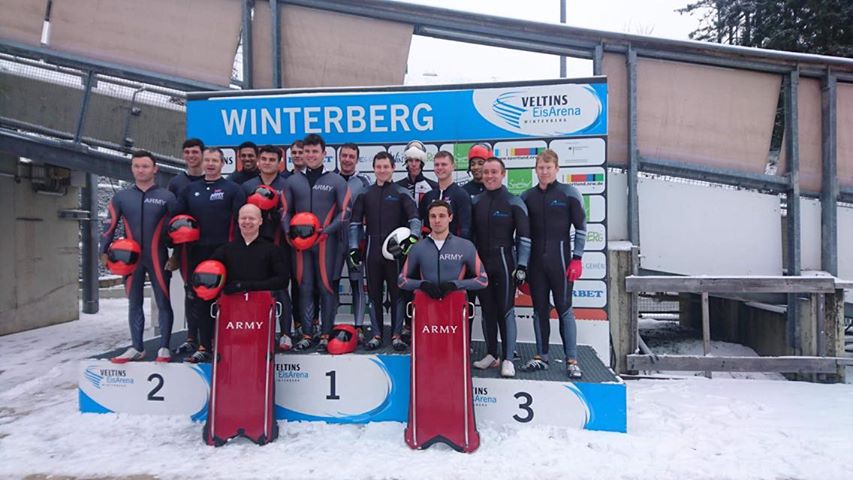 Ex RACING ICE II was very well attended with a total of Eighteen Skeleton athletes returning to Igls to compete for the title of Army Champion. We had eight novices and a mixture of junior and seniors that attended. Donna Leslie and Michael Robson coached all Skeleton athletes at the Championships. The men’s race was close between all sliders especially between Maj Taff Edwards AMD HQ and Cfn Jago Allen of 13 Air Asslt Bde LAD. Cfn Jago Allen maintained his performance during the race to take home the Army Champion title for the second season in a row and the Junior Champion title. The novice title was taken by LCpl Danny Brady RTR who with an impressive 2 Laufs, comfortably seen him position in the top 5 of all skeleton athletes. The novice Runner up title was won by Pte David Gomez who equally had an impressive race. The Fastest Start title was also a very close competition but novice slider Lt Giles Moon persevered and had an excellent 2nd Lauf start of 5.50 seconds. In the women’s race this year, race experience paid dividends for SSgt Nicky Moxon 30 Sig Regt who comfortably won the Army title for the third season by over 3 Seconds. With novice, Sgt Rachel Staples, QARANC gaining the runner up title. With all athletes displaying commitment and enthusiasm whilst competing in this adrenalin fuelled sport it made the Championships a very successful race with all athletes achieving personnel best times.

Results for the Army Skeleton Championship 2013:

The Army Skeleton Bobsleigh Championships were held in Igls, Austria between 29 Jan – 5 Feb 12. Temperatures slowly dropped over the week to -20 on race day, providing the competitors with some very fast ice. The race was very close after Lauf 1 with a tie for first place between Capt Howard Chaganis RIFLES and Maj Taff Edwards RAMC. The pressure was on for the second lauf but Capt Howard Chaganis RIFLES achieved a PB time and stole the champion title. Cpl Dave Manning R SIGNALS came back with a cracking run to claim second place. The Ladies race was won by a large margin by Sgt Nicki Moxon R SIGNALS. However, acknowledgement must go to Pte Robin Ellis QARANC who took second place in her novice week and after only 6 training laufs.

The results were as follows: 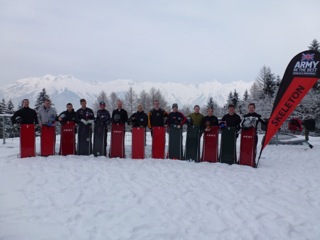 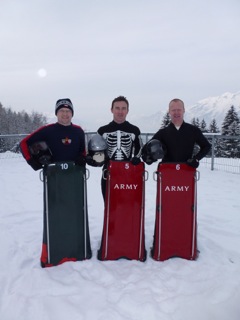