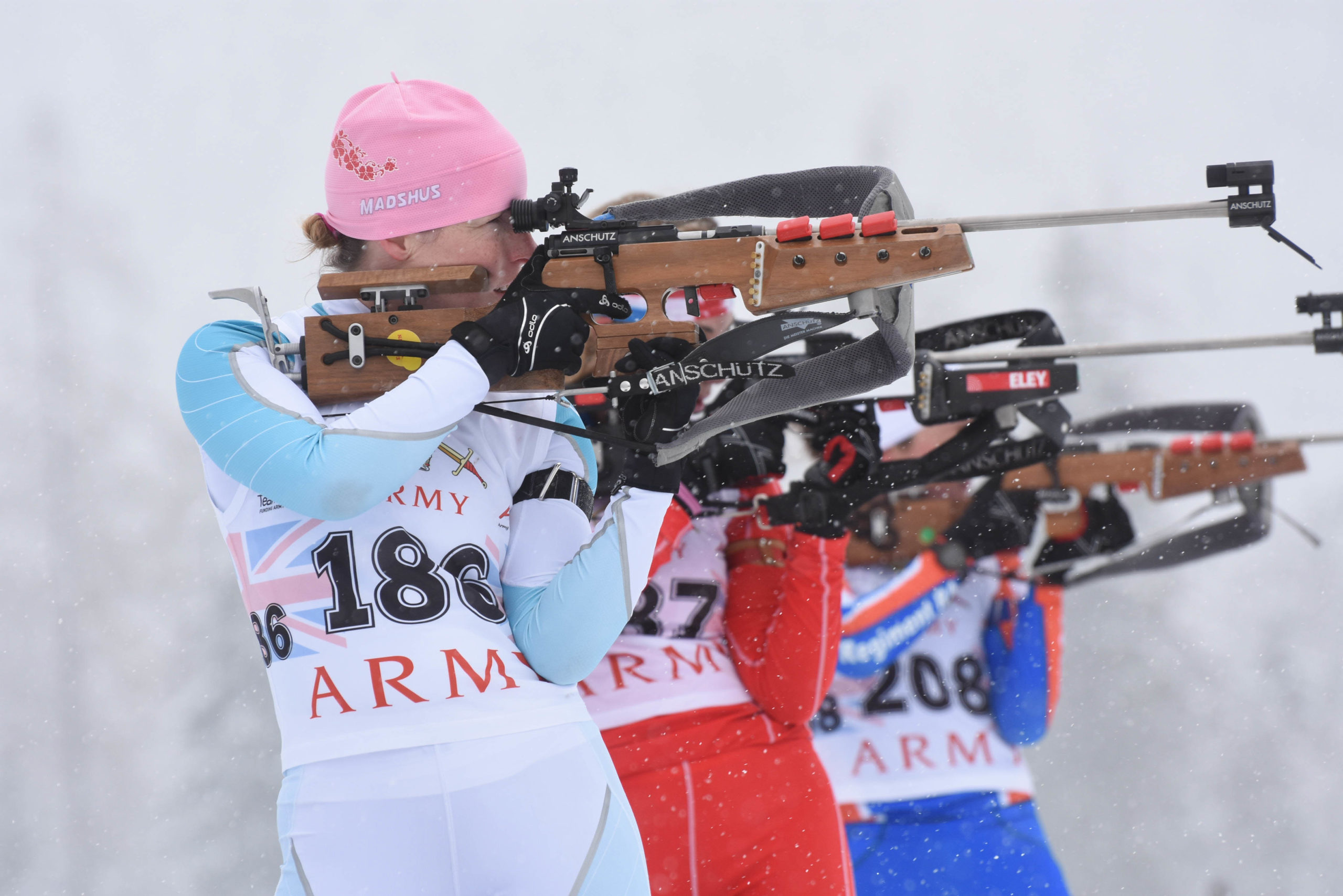 The biathletes of Britain descended on the quiet Bavarian town of Ruhpolding once again this January for another excellent ‘home from home’ experience. The warm welcome that we characteristically receive from the town makes Exercise RUCKSACK something that the Nordic and Biathlon community always looks forward to, both for the feeling of returning to somewhere so familiar but also because of the anticipation of the gruelling experiences we put ourselves through in the World Cup Stadium, and the satisfaction that follows. RUCKSACK 18 was no different. This year we enjoyed superb snow conditions, settled weather, and a race programme that was executed perfectly to plan.

The competition attracted 240 competitors from across the three Services, and 22 civilian athletes. Of the military competitors 32 were female, with a very healthy showing from the Royal Artillery whose strategy is clearly paying off, as they were almost without competition – until the AAC Ladies defeated them on the Military Patrol Race.  After their successes in 2017 it was with regret that this year we didn’t enjoy the participation of ladies teams from the Royal Navy and the Royal Air Force, but their Services were represented proudly by their male counterparts.  We hope to see them back in force in 2019.

The big news from this year’s RUCKSACK must be the Royal Navy/Royal Marines team winning the Inter Service prize – a fiercely fought competition that ended nail-bitingly close. Particularly notable because it is the first time in 20 years that the trophy has not been lifted by an Army team. Well done Royal!

The Men’s biathlon relay, another closely fought race, offered excellent spectator sport with 1 Regt RLC and 16 Regt RA battling it out until the last man. Cpl Kelly saw Bdr Jackson gain on his initial healthy lead and the pressure proved too much on the second visit to the range. With seconds between the teams, the Royal Artillery grasped victory from the jaws of defeat. This one result was even more crushing for 1 Regt RLC as it was the only race they did not win in the season.

Sgt Amanda Lightfoot – Flying the Flag at the Winter Olympics

The highlight of this season must belong to Sgt Lightfoot who qualified for and completed at the Pyong-Chang Winter Olympics.  She commented, ‘My experience during the Olympic Games was one to remember for life. Training for 4 years solidly with arguably one of the hardest coaches in the world certainly transformed me into a professional athlete on all levels. During the Olympic Games I was on top form as far as ski speed was concerned and was just as fast as the girls on the top of the podium. Unfortunately I missed a few too many targets and with 1min added for each target missed I was pushed down the ranking order drastically. I wanted more from myself and I definitely have more to give, I only hope to continue in this sport and really get some top results for Great Britain this coming winter in the 2019 World Championships in Ostersund. I have been training alongside and sharing a coach with the Swedish Team who are currently the best biathletes in the world so I’m getting the best preparation. The Olympic Games is a great achievement and I’m super proud to have represented the Army and Great Britain at the highest level in my sport.’

This season unveiled another hugely promising National athlete. A junior still, Pte Cawood of 1 Regt RLC, in his second season of skiing, showed enormous potential, and produced some excellent results. His results at RUCKSACK were enough to get him on the circuit for the Junior World Cup races and he represented Great Britain for the first time in Estonia in February 2018. He commented, ‘The Junior World Cup was an amazing experience as I got the opportunity to race for Great Britain against many other international athletes. The atmosphere and the race gave me a massive buzz and I was so proud to race in a GB race suit for the first time. I have the bug and I can’t wait to get better and bet back to racing at that level again next season.’

The sport enjoys continued and increasing interest from units across the Services – the Divisional Champs were a sell-out success this year again. We are, as ever, grateful to the Chain of Command who recognise the value that Nordic and Biathlon can bring back to their units. And to the civilian athletes, who arguably have a significantly harder time preparing for and competing at RUCKSACK, we reiterate the desire to see them back again in future seasons, hopefully with several new competitors in tow. Our thanks, as ever, also go to our generous sponsors whose support allows us to maximise the number of young Service people who are exposed to the sport. Their support is increasingly a fundamental part of ensuring the continuation of the sport in the Services and we are enormously grateful. 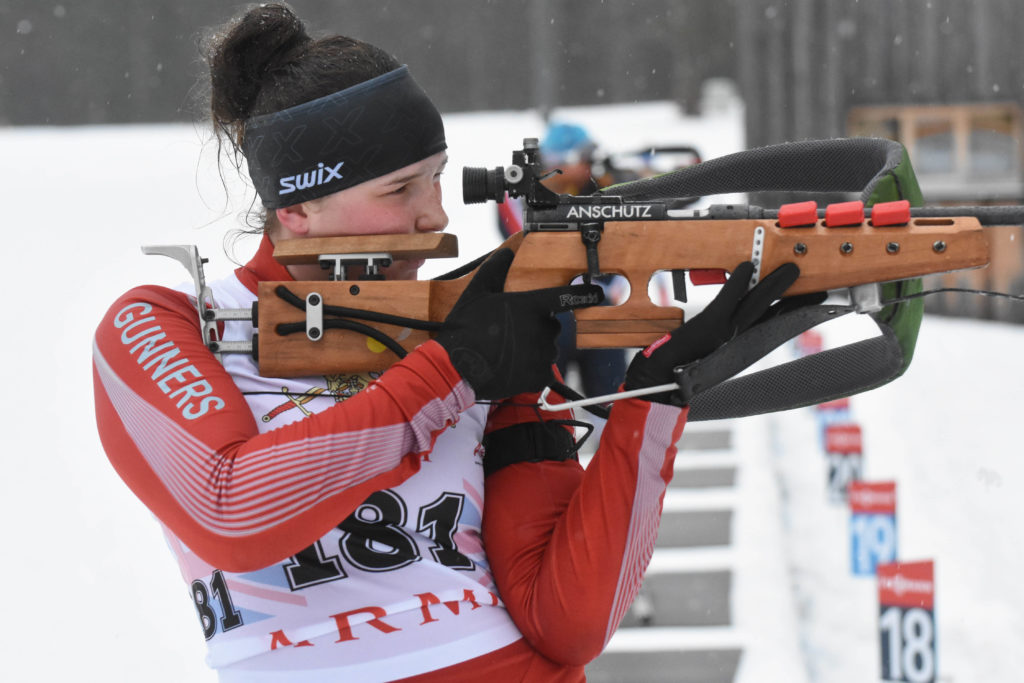 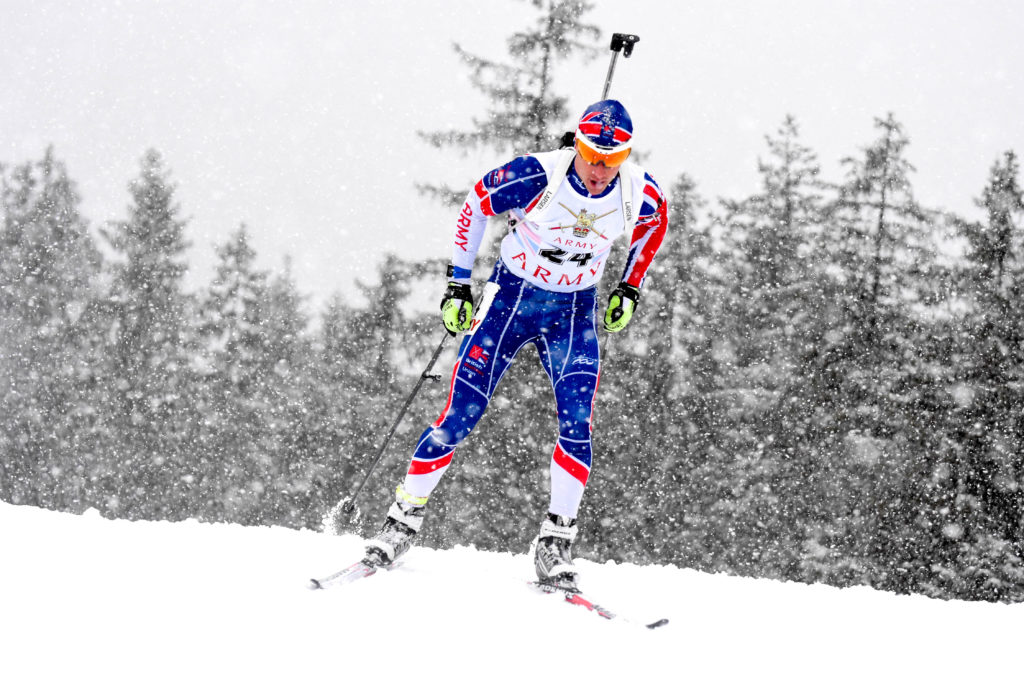 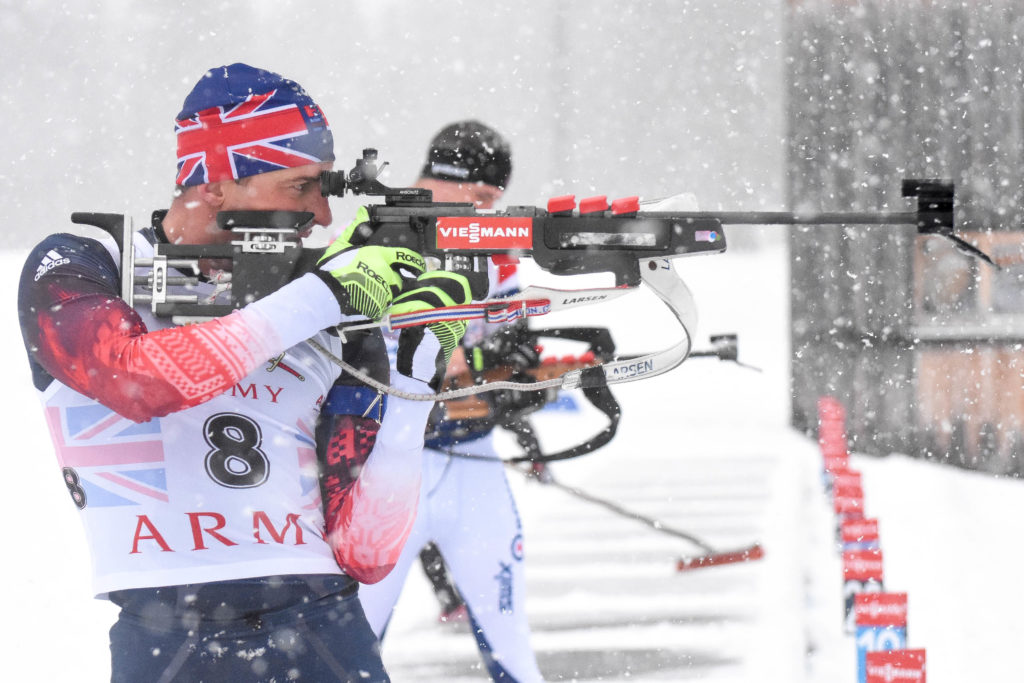 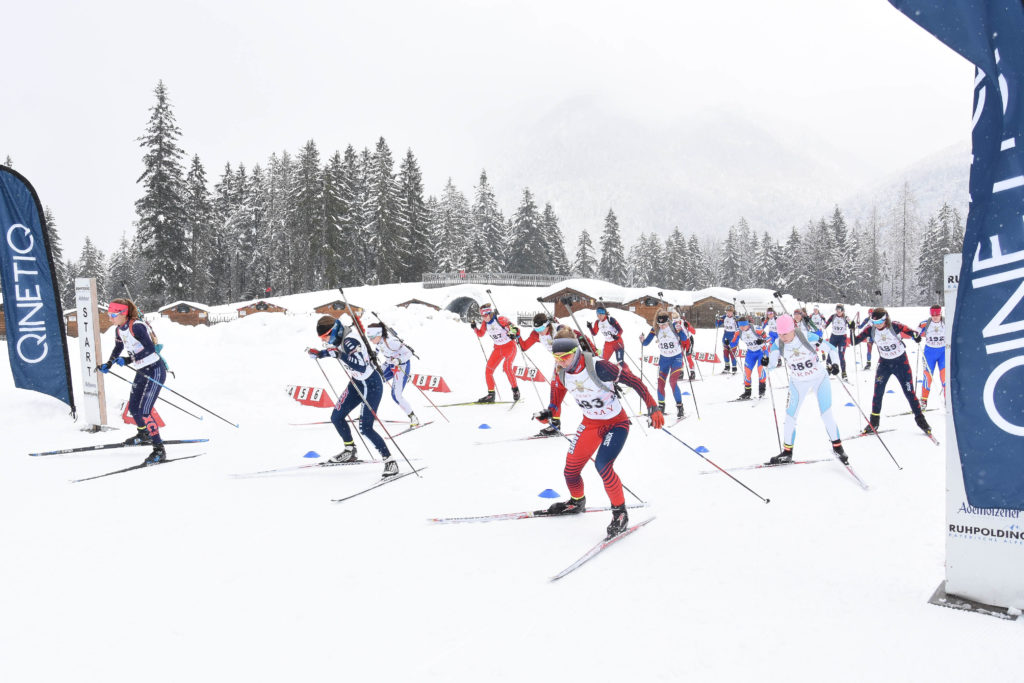 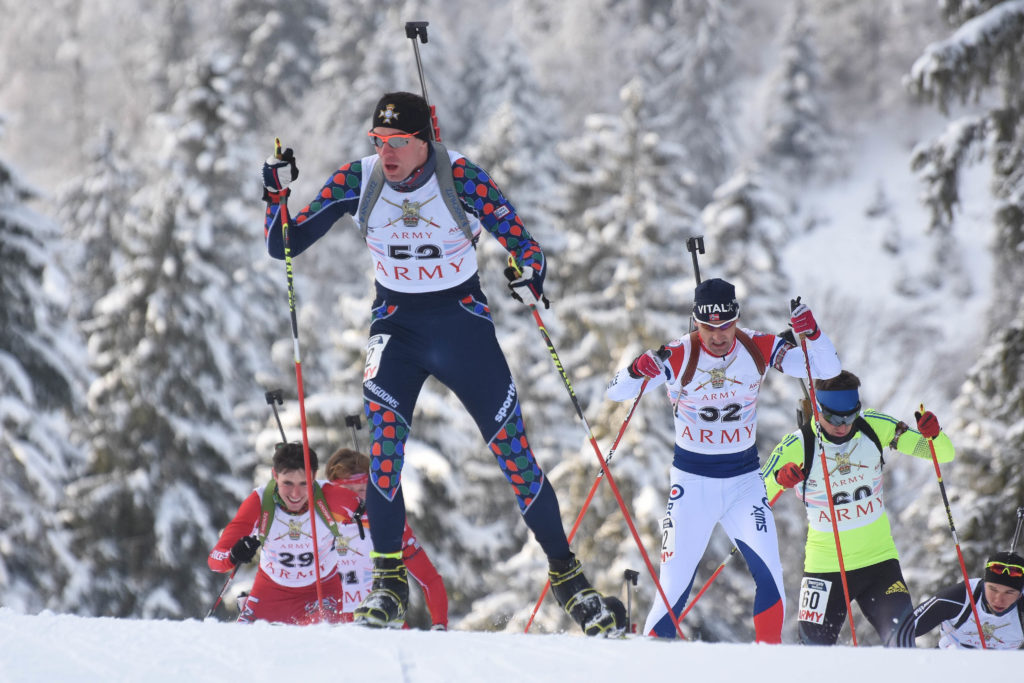 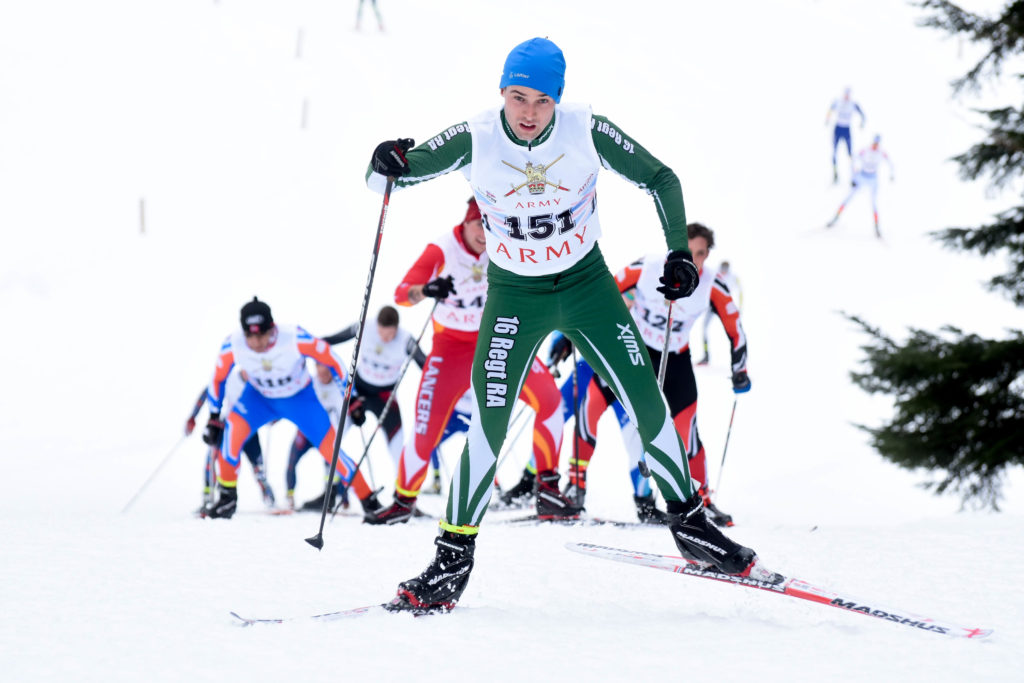