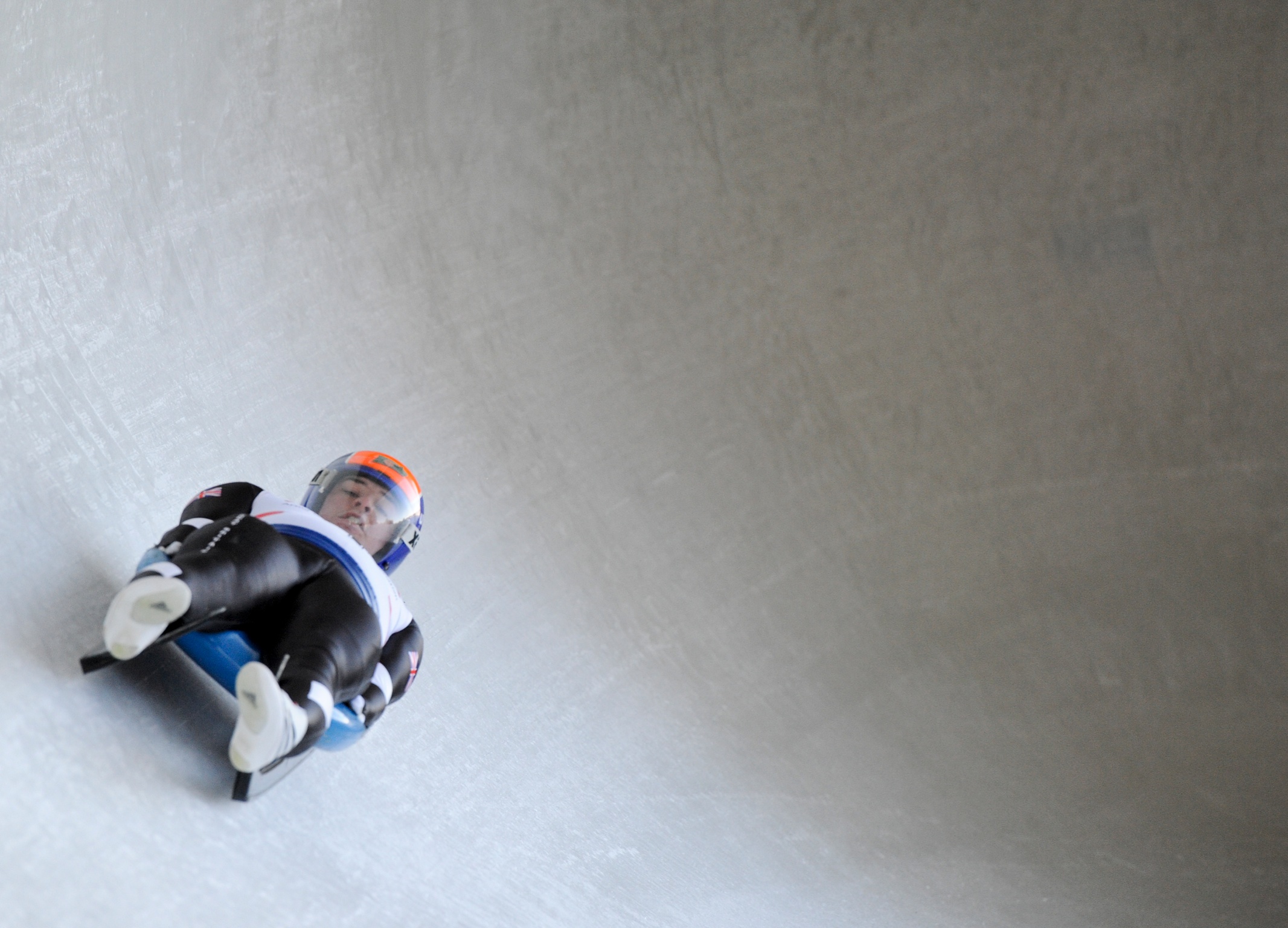 As the least well known of ice sports in the UK, ‘What is Luge like?’ is a common question asked by people considering attending a training camp. If someone likes the idea of the answer ‘Imagine lying on a skateboard being towed by a car at 60 mph…’ they will probably fit in with the Luge crowd!

The Luge season began late November with the Novice Ice camp (Exercise Racing Ice 1) once again held in Igls, Austria. The Novice Luge camp was run alongside the Bobsled and Skeleton Bob camps allowing complete novices to try their choice of the three disciplines. Luge is arguably the most difficult of the three sports to take up but the novice camp was nevertheless well attended by Army and Royal Navy novice sliders and also allowed some more seasoned athletes track time whilst they assisted with running the exercise under the watchful eye of WO2 Graham Holmes RE and head coach Mr Mike Howard.

The training weeks progressed with a few minor crashes and resulted in all athletes progressing from the junior start where they became somewhat accustomed to the speed of the track, to the bottom of the ramp at the ladies start. The returning athletes progressed to the top of the ramp where they would be expecting to start at the inter-service championships when we returned to Igls.

Sgt Dani Scott QARANC and Gdsm Ray Thompson IG were both in attendance at the Army Championships as, despite significant hard work and training, they were unfortunately unsuccessful in qualifying for the 2018 Olympics due to the qualification criteria imposed by the British Olympic Association. Congratulations go to Sgt Scott who, through the seasons racing gained enough points to meet the international qualifying criteria.

The Army championship was won by Gdsm Ray Thompson with LCpl Steve Webb RTR as runner up.

The Ladies competition was once again won by Sgt Dani Scott with Capt Lucy Wyatt RE as runner up.

The Junior champion (an athlete in their second season of competing) was won by LCpl Ben Woodcock RE.

For the inter-service championship week the Army squad returned to Igls. Race week was preceded by a training week held in location. It is highly unusual to have novices attend Exercise Racing Ice 3, however, as several of the Army squad were unable to attend due to operational commitments Spr Blake Dawson-Jones RE and LCpl Katie Topp RE attended as novices. LCpl Topp having chosen to make the unusual switch from Skeleton to Luge performed brilliantly and we are looking forward to seeing them both back next season. During the training week we were joined by the RAF and Royal Navy teams so the Army team were given ample opportunity to size up the competition prior to racing. The final team selection was particularly competitive this season and a special mention must go to LCpl Steve Webb who claimed his place in the final four after an outstanding performance at the British Luge championships held the day before the inter-service racing.

The inter-service racing is held over two runs with the fastest overall time winning. A time advantage that a luge athlete gains at the top of the track is tripled by the bottom. This means that one small mistake at the start of the run can cost a competitor dearly for their overall time. After the first run the Army team held the lead, however due to poor starts from three of the four competitors they were narrowly beaten by the RAF in the last few runs. Despite this, there was great success in the individual competition where Sgt Dani Scott retained her title of Ladies Inter-service champion. Gdsm Ray Thompson and Capt Lucy Wyatt were placed runners up in the Men’s and Ladies competition.

The results this year have highlighted the need for need for more start training for team members. Plans are in place to run a UK based off season training camp and incorporate more start training whilst on the Ice camps. This will give us the best possible chance of winning back the title of Inter Service Champions next year. 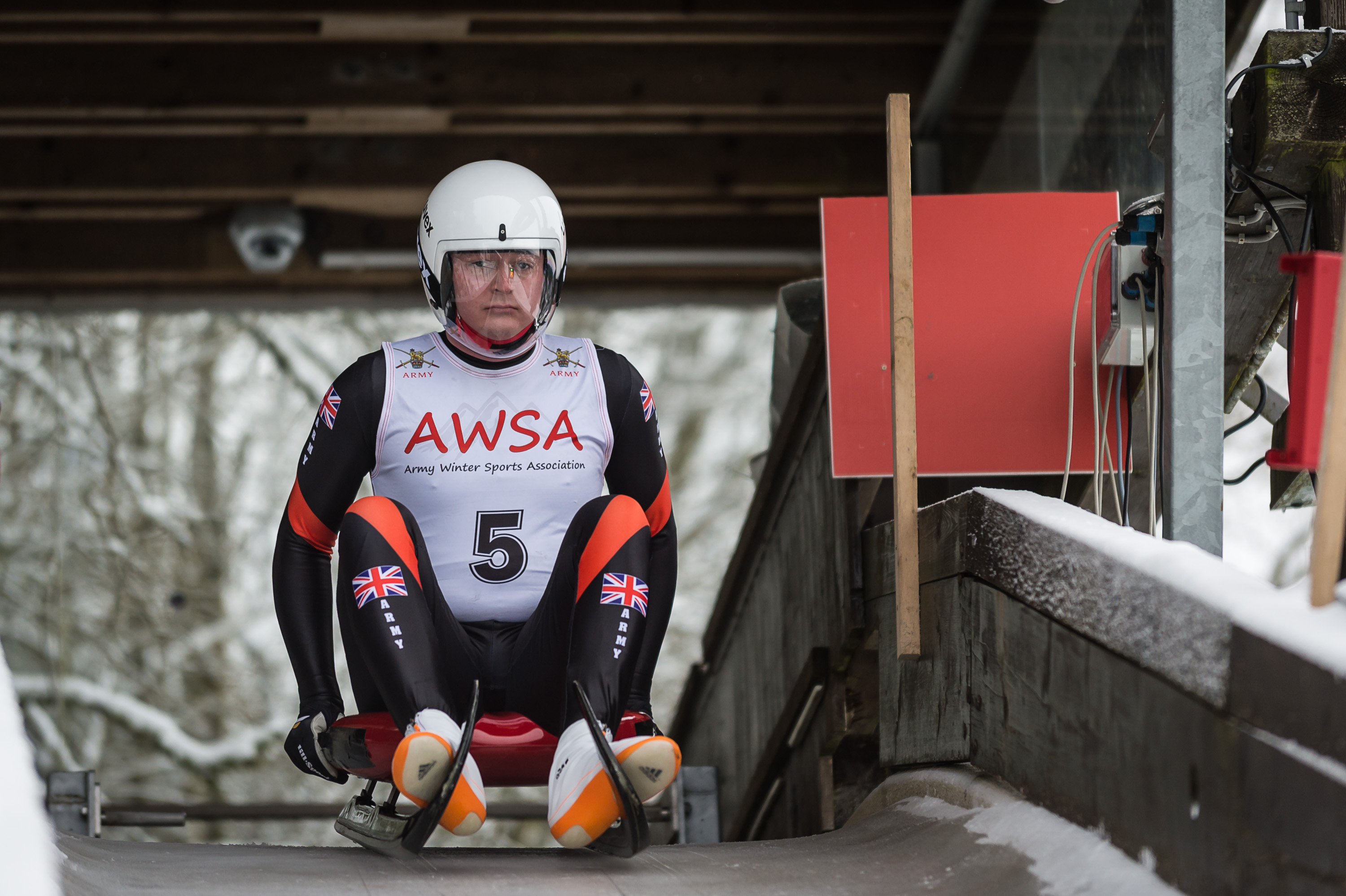 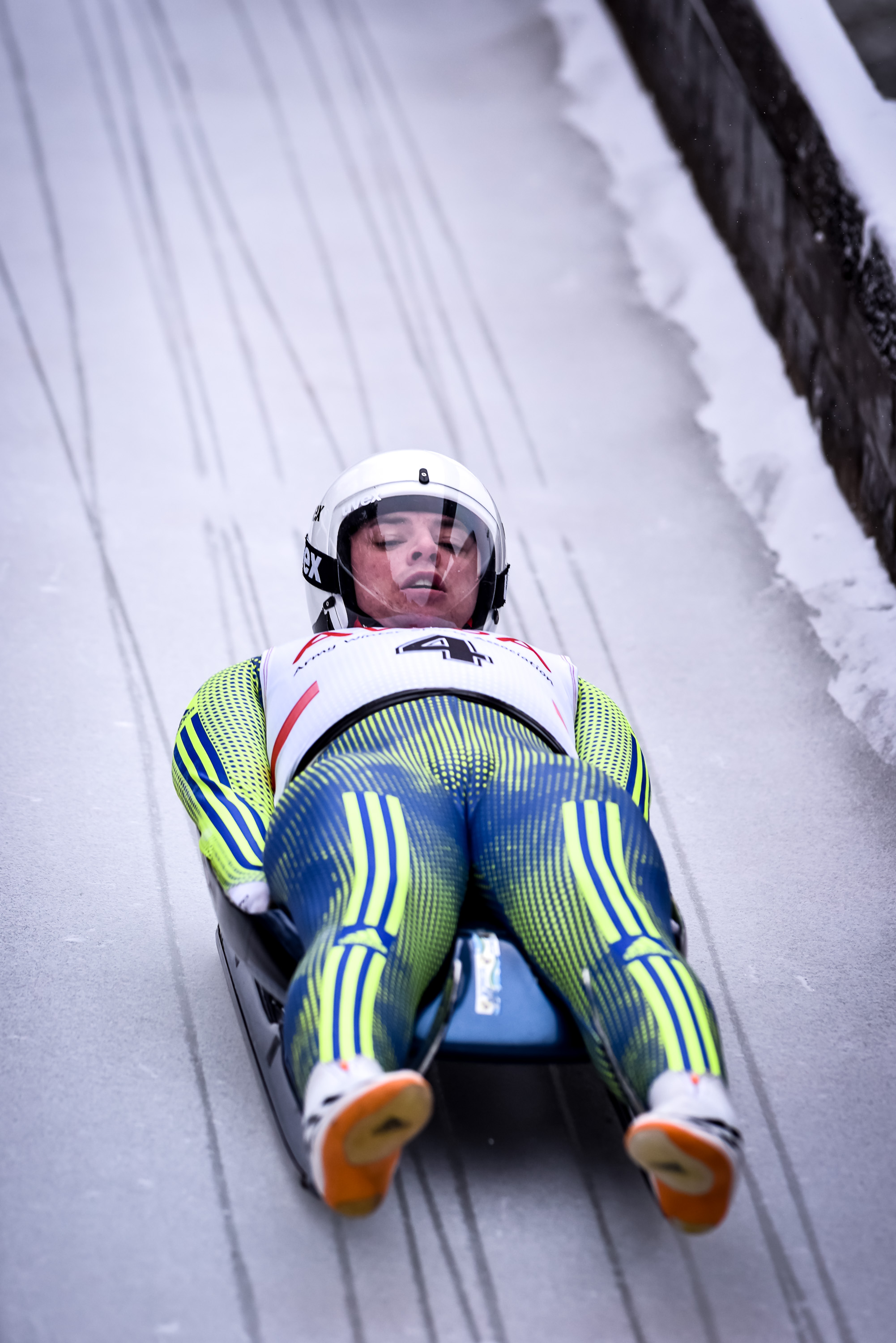 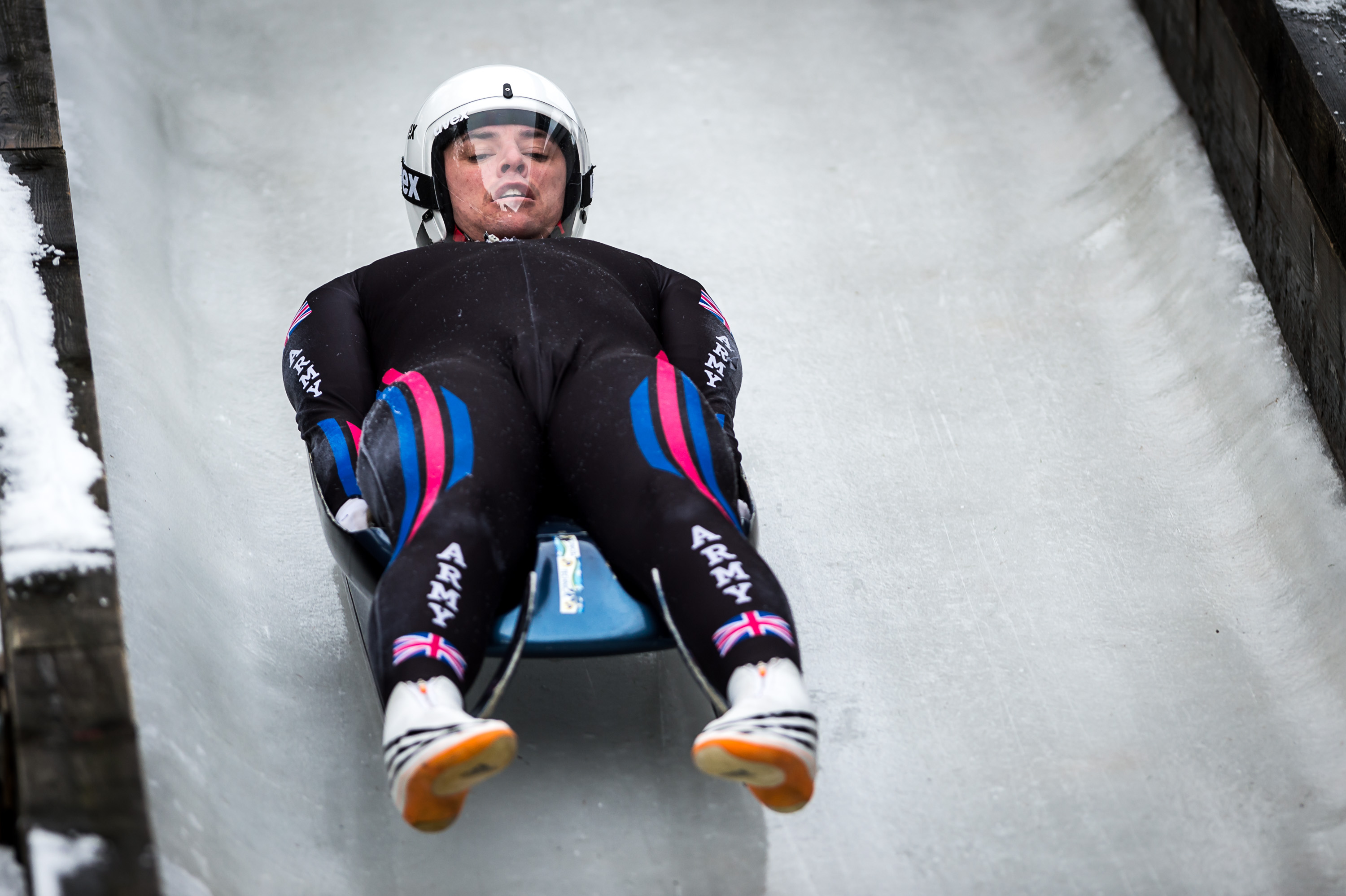 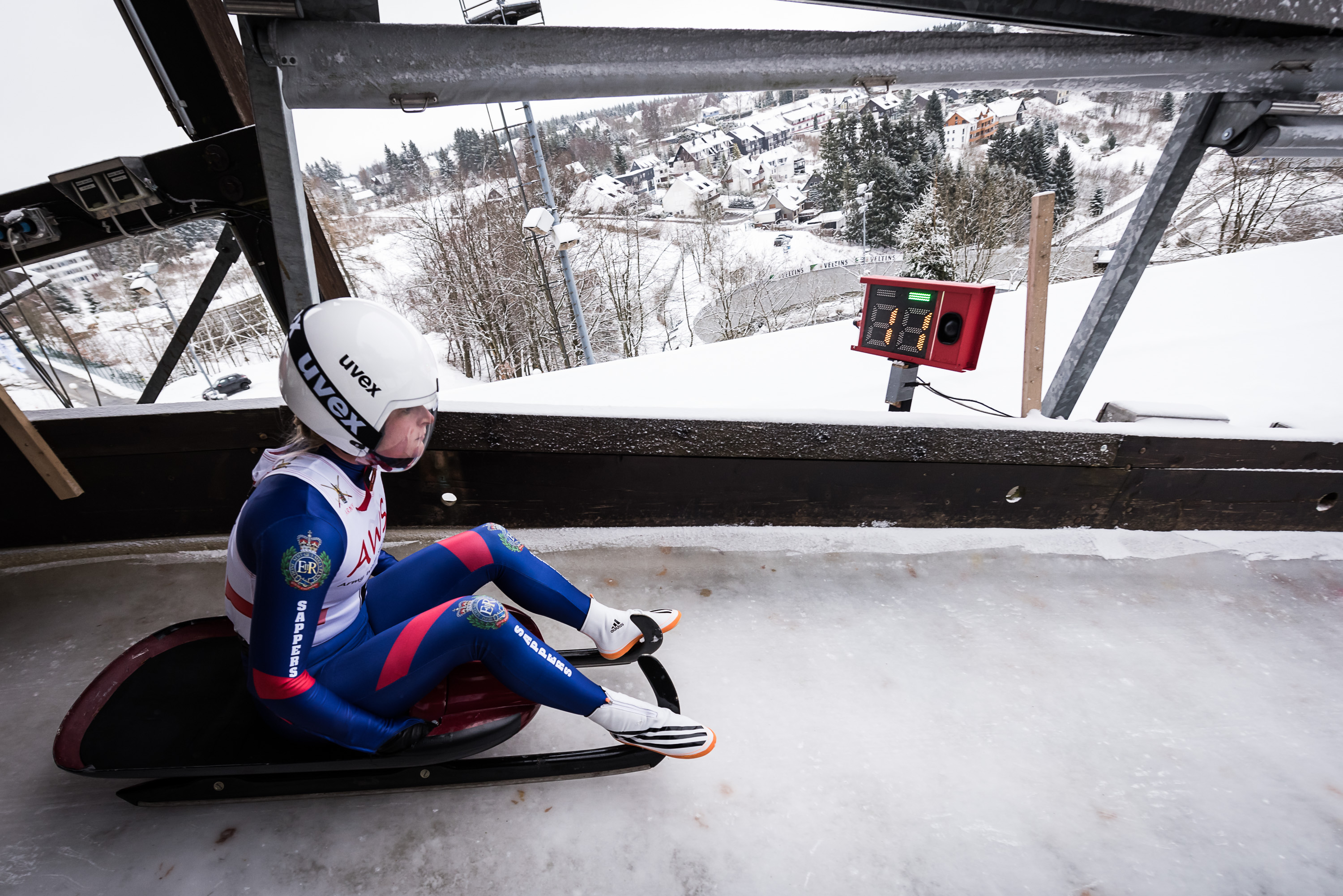 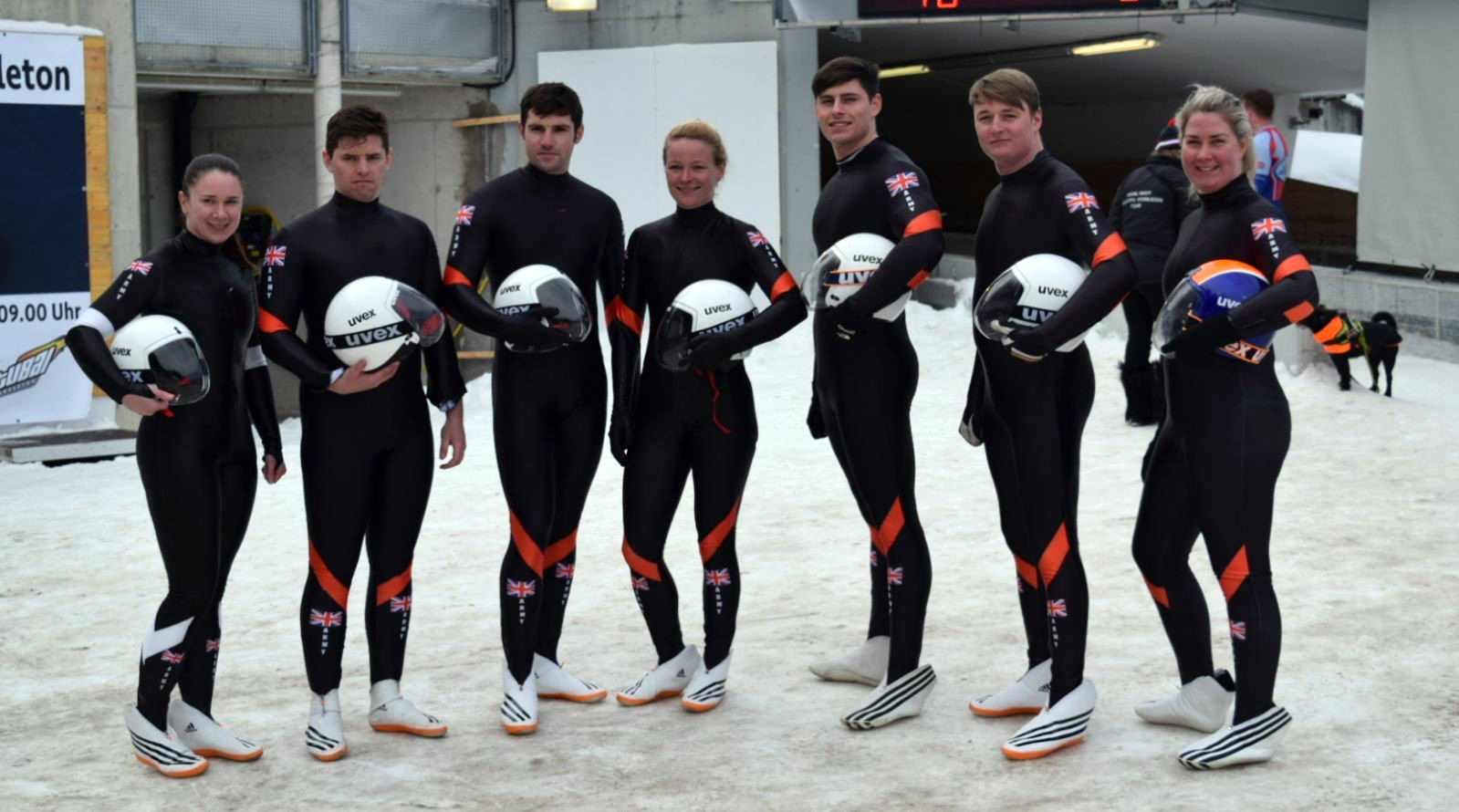