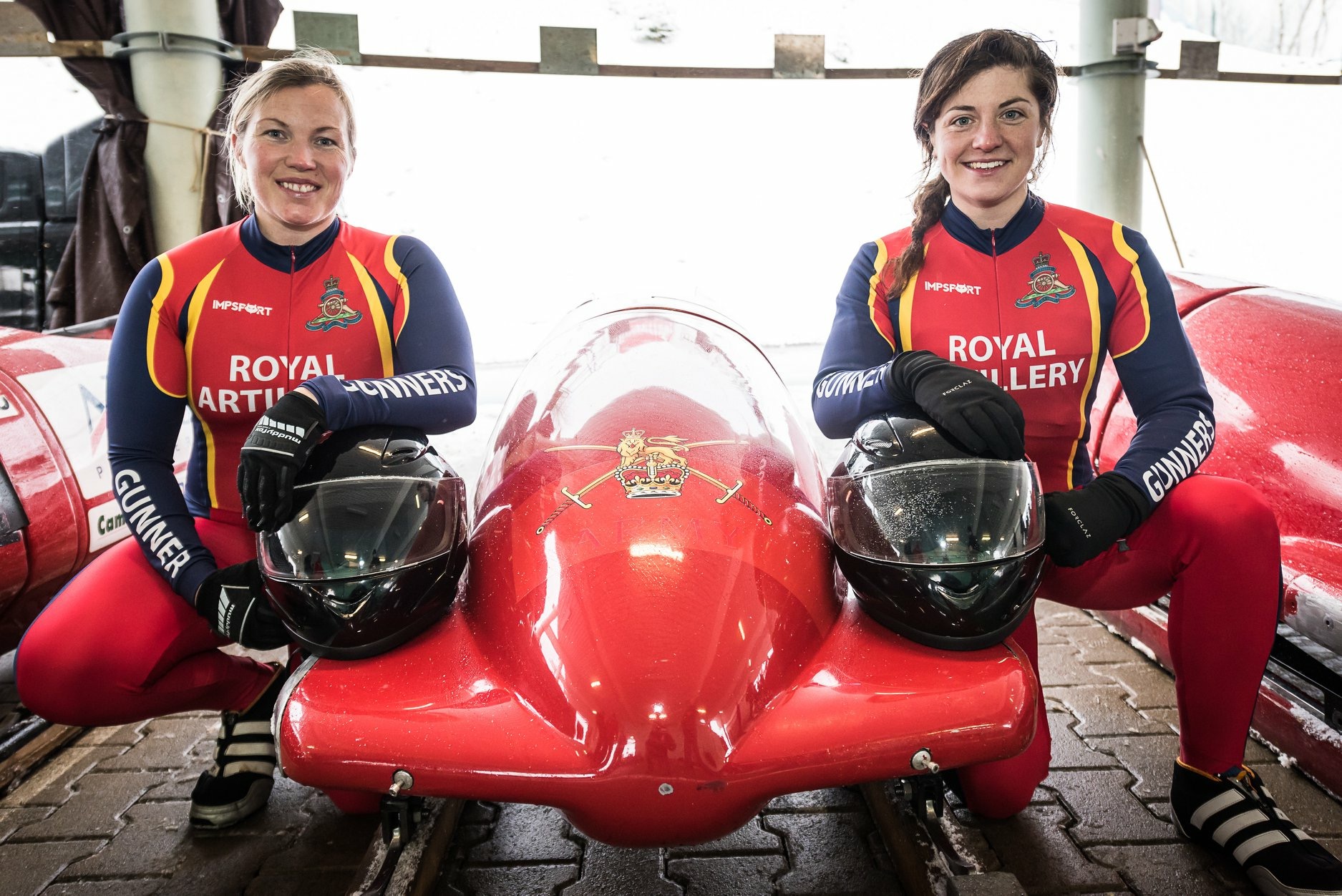 Once upon a lycra lunge, high up in the Winterberg mountains, the charismatic voice of the bob track casually broadcasts the words: “Bob crashed! Bob back up!… Bob crashed again…” The Gunner female team stood wide eyed on the start block, in silent disbelief that you might actually live to crash a bobsleigh twice in one run! Meanwhile the opposition were facetiming the ice. Then by the sheer power of Greyskull herself, (or 2Lt Elkington RA), they powered their sled off the start block and drove it like they stole it, finishing the race on all four runners like rocket fuelled magicians… and now they feel epic! WO2 Sarah Smith (RSA) & 2Lt Jess Elkington (26 RA) slid their way to victory and into 1st place as Women’s Army Bobsleigh Champions 2018. Runners up, with a fiercely fought race were Capt Jo Ellett (RE) and Cpl Dom Burge (QARANC).

The male race was equally as nail biting, with six teams to race, two of which were straight from the novice week in Austria – piloted by Cpl Ted Cundy (RTR) and LCpl Ben Gundry (RE). LCpl Ivan Londal (PARA) and LCpl Rick Ray (PARA) stole the show with their powerhouse performance and unbelievable speeds of up to 130kph. Runners up for the men were Sgt Dan Hawker (PARA) & LCpl Jimmy Newson (PARA). The atmosphere was electric as the winning pair crossed the final speed trap and victory was announced across the Veltins Eis Arena. Army team spirit was alive as the other ice disciplines turned out to support the race.

The technical Winterberg track is not one to attempt with complacency. Many a pilot has dared to dream of “cutting his/her own detail” around some of the feisty curves carved into the 1.5 mile of track, only to be shaken upside down for their dinner money around the final few bends of the labyrinth! Corner nine proved (as is often the case) to be the nemesis for most pilots this season, but some found magic hidden in the depths of labyrinth (corners 11 – 13) as they would exit nine upside down and wondering what decade they were sliding into… only to be flipped back into 2018 out of corner 13, finishing like nothing out of the ordinary had happened … the right way up again.

The Army Championships is open to all cap badges, both male and female. Teams must have first attended one of the novice training camps and be deemed competent on the ice. Bobsleigh is an intense and physically demanding sport; it epitomises Army values, and is a unique way of pushing soldiers and officers way outside of their comfort zone. The Army Squad is selected from the Army Championships based on grit and performance. Celebrations ran well into the final evening, when the new Army squad prepared for war! 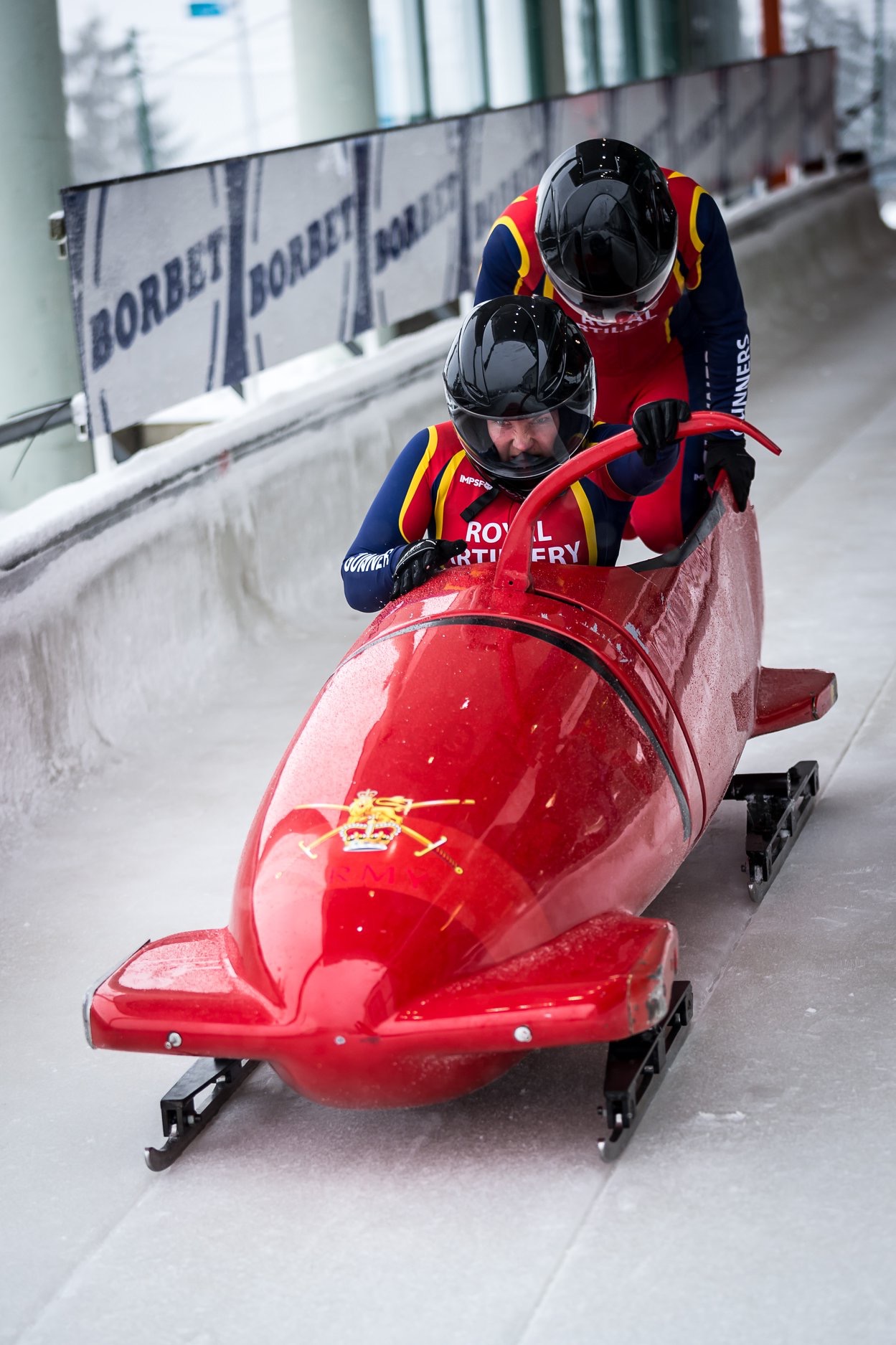