The Army’s place within international bobsleighing is well established and the Army Team has been represented in all the British Olympic Teams since 1972. It is the only winter sport in which the Army has won Olympic medals.
BOBSLEIGH MS SWAY PAGEREGULATIONSRESULTS

The Army’s place within international bobsleighing is well established and the Army Team has been represented in all the British Olympic Teams since 1972. It is the only winter sport in which the Army has won Olympic medals.

The toboggan has existed as a means of transport over snow and ice for several thousand years, although references to it as a form of recreational pastime only date back to the sixteenth century. Bobsleighing (Bob) is reputed to have been started by two Englishmen in St. Moritz, with local farrier Christian Mathis producing the first bobsled in 1890. The first bob races were run on the road from St. Moritz to Celerina although by 1903, what is virtually the course still used today was opened.

The first races were for 5 and 6 people and a requirement of the competition was that each crew included at least one woman. This requirement was dropped in the 1930s and the disciplines altered to 2 and 4 man events.

It has been part of the official programme since the First Olympic Winter Games in Chamonix, with the four-man and two-man events being added in 1932. Two-women Bobsleigh was a new event introduced in Salt Lake City 2002.

Bobsleigh has evolved over the years into a dramatically exciting and demanding sport.The modern bobsleigh was produced by a small group of young engineers at Leeds prior to the 1980 winter Olympics. It had many novel features, one inspired by Concorde. The world immediately copied and perfected it to what it is today. The aerodynamic sleighs race down the 1,300m course at top speeds, the fastest recorded speed being 143 km / hr and has led to Bobsleigh being called the Formula One on ice.

The bobsleighs themselves are extremely expensive high technology machines made from steel, aluminium and composites. The bobsleigher of today is a highly trained athlete, and a good start at the beginning of the run (lauf) is vital.

The team pushes the sleigh and boards and the brakeman jumps in 50 to 60m from the start point. Speed is crucial at this first stage and many top track sprinters make the transition from Athletics to Bobsleigh. Once in the sleigh, the pilot is the only one who can see ahead and steers to avoid the walls. The other crew members keep their heads down, forming a compact surface with minimum drag. The brake is only used to stop the sleigh after passing the finish line.

It is the pilot’s responsibility to steer the bobsleigh down the track in the most time-efficient way possible.Whilst the pilot’s experience and skill are crucial, the brakeman needs strength and agility to push the sleigh. Bobsleigh is a team sport and teamwork is the essential ingredient in order to create the perfect harmony necessary to complete a successful run from start to finish.

At the very first Winter Olympics in Chamonix in 1924, the four man Bob of Colonel Brooke, Major Broome, Major Richardson and Captain Scrutton won the Silver Medal. In the 1928 St Moritz Games Captain Dalrymple was a member of the only ever 5-man bob team.In the 1964 Innsbruck Olympics a Gold medal was won in the 2 man bob.  One half of winning team was Grenadier Guards Captain Robin Dixon. Together with Tony Nash, they provided Britain’s finest moment in the sport to date.  However Army bobbers have been constantly in the World Top Ten ever since and, in the Nagano Games, Corporals Sean Olsson and Dean Ward from 2 PARA were part of the bronze medal 4 man bob.

Women’s bobsleigh is continuing to increase its level of participation competing as an Olympic discipline for the first time in 2002. British women bobsleighers are repeatedly achieving top 3 World placings. Nicola Minichiello and Jackie Davies achieved a startling Silver at the 2005 World Championships and Gold in the 2005 World Push Championships. Paula Walker is the current Number1 British driver and she is ranked 15th in the world.

In order to achieve such sporting excellence it is necessary to introduce young servicemen and women to the sport, giving them the opportunity to have a go themselves.  This is achieved through a progressive annual programme that is spread over the season and, generally, in a variety of venues. The Army Novice and Junior Championships are to be held in Igls, Austria. If the participants perform to a high standard they may be selected to represent the Army at the Inter Service Championships, this season to be held in Igls, Austria.

There is little doubt that Army Bobsleighing could not continue with its ambitious programme every year without significant support, not least financial. We have traditionally enjoyed support from within the Army as well as from outside. A special “thank you” should go to the welfare agencies, including Nuffield Trust, Army Central Funds, the Berlin Infantry Brigade Memorial Trust Fund and the Army Sports Lottery.

The Federation International de Bobsleigh et Tobogganing (FIBT) controls the sports at all international events, and they are based in Milan, Italy. Within UK we have close links with UK Sport, Sport England and the British Olympic Association. We receive funds, both through Exchequer and the Lottery Unit (World Class Performance Plan).

Click here to visit the International Bobsleigh and Skeleton Federation. 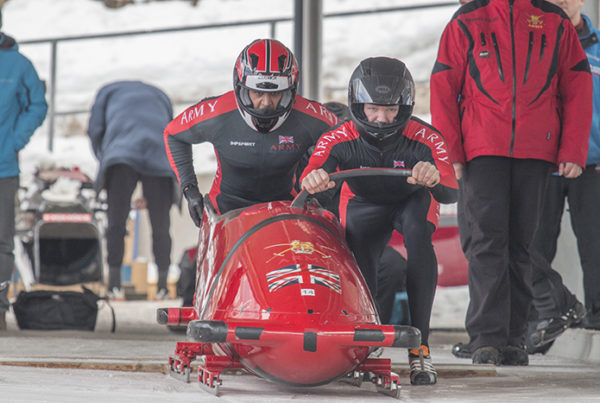 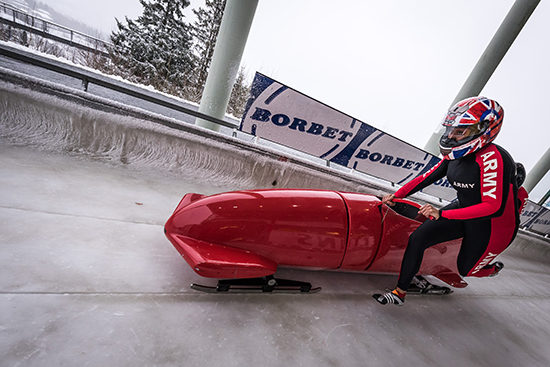 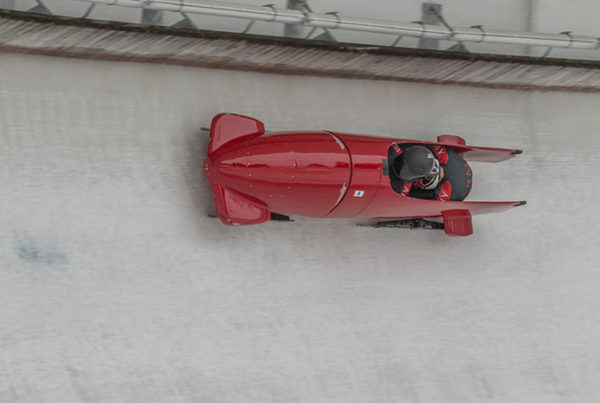