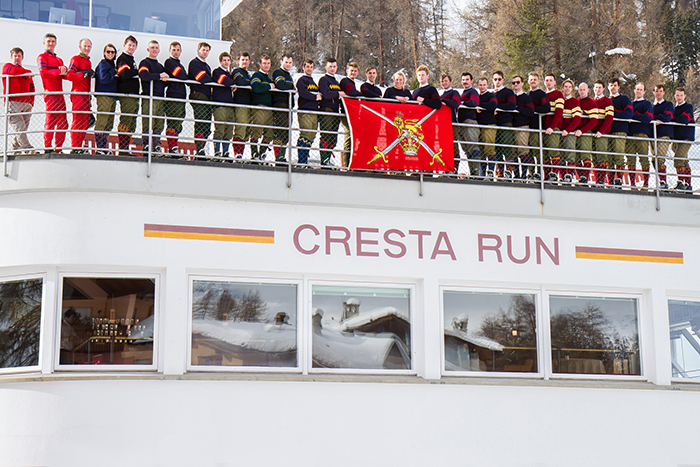 This season was a notable season for Army Cresta for a number of reasons.  We had 32 riders representing 13 regiments for the Junction Inter-Regimental Championships of whom, for the first time, half were other ranks. In addition, this year, we had two ladies riding in an Inter-Services Women’s Race, as a trial authorised by the St Moritz Tobogganing Club. With some turnover in the Army Team and a few of our stronger riders away, there was a good opportunity for some of our newer riders to ride for the Army Team this year and the squad looks set to be in a good position for some years to come.

As the Run is built by hand each year, this year it was a more challenging run than last year. There was also a lot of snow this season and this meant that the run varied between being slow and fast on alternate days.  Consequently, there were a few more falls this season!  The Army Championships takes place mid-January and is the early tool for selecting potential talent for the Army squad and then ultimately the Army Team. It takes the form of a Regimental Pairs race for the 17th/21st Lancers’ Cup, over two or three courses, as well as an individual novice championship and individual handicapped race. The variety of races held allows all levels of experience the chance to take home some silverware.

The novice open race was won by Tpr McNally RHG/D, who also won the Junction Handicap race and qualified for Top in his first season – showing great promise for the future in the Army Team. The 17th/21st Lancers’ Cup was won by Capt Wythe and Capt White of the Royal Lancers followed by the 1st Battalion Grenadier Guards’ pair and the Blues and Royals pair.

During the Inter-Services week the Army held its own Top race, the Scots Guards Cup. With a field of nine riders there was some strong competition for the 5th and 6th slots in the Army Team. Capt Felix Cairns (Scots DG) and Lt Jonnie Palmer-Tomkinson (Grenadier Guards) had both started riding from Top on a flat top this season and were battling hard. Capt Tom Wythe took first place followed by the author and the times were still too close to judge for the final team so the team was decided on the following days’ rides as well.

When race day arrived the weather was a lot colder than it had previously been. CSjt Armon-Jones, Secretary Army Cresta, led the field as the first rider of the day and banked some solid times. The main competition this year was between Capt Wythe and Surg Lt Cdr Potter RN. Sadly LCoH Tonkin RHG/D fell on the first course but the Army team stood in second place by just a second after the first course. This remained broadly constant over the first two courses, and in spite of some excellent rides in the third course, with new Army colour Lt Palmer-Tomkinson riding his best ever times with another 57 and Major Chishick knocking a second and a half off to 54.49, the Navy held onto their lead and won by 1.7 seconds overall. This is the closest race in a decade and the Navy team rode extremely well. The RAF sadly had three fallers and were thus disqualified.

The services ladies race took place from Junction with two riders from each service this year. The Army riders were novices to ice sports this season but were fantastic ambassadors for the Army and fully entered into the spirit of the club. Capt Clarke RA was riding regular 53s from junction but sadly on race day fell at Shuttlecock. Our other Army Rider, LCpl Kerman also fell and SLt Barnes RN won the services ladies’ race.

Capt Cairns narrowly missed out on a place in the team and competed in the Harland Trophy, the handicapped Services Top race in which he came first.

This has been another fantastic season for Army Cresta, and the efforts in developing the squad over the past few years have paid off. Whilst it was an extremely close defeat for the team, we have great strength in depth and next year we should be in a strong position. This year for the first time, we have had 50% OR participation in a sport that is notoriously expensive which is a credit to the fundraising of the Regimental team captains. We will await the SMTC’s decision on future participation of ladies in the Inter-Services competition, which may potentially lead to a change in the sport’s status, which would be of great benefit to all.

With the depth within the team and future talent being developed, Army Cresta prospects are promising. Capt Wythe won his club colours in the Morgan and that now means that the team has two serving Colours riders, which is probably a first for a services team. With continued support, the strength of the Army team will only continue to grow. I am extremely grateful to the AWSA for their support, and we look forward to retrieving the Interservices from the Navy next year. At the end of this season I shall be handing over as Army Captain to Captain Wythe before taking up the post of Chairman of Combined Services Cresta. 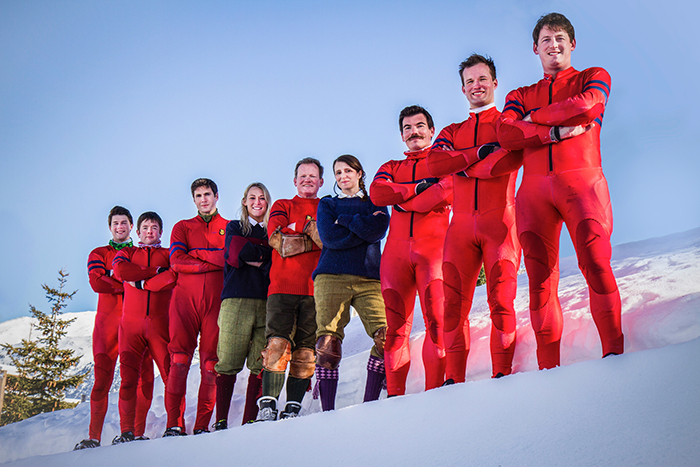 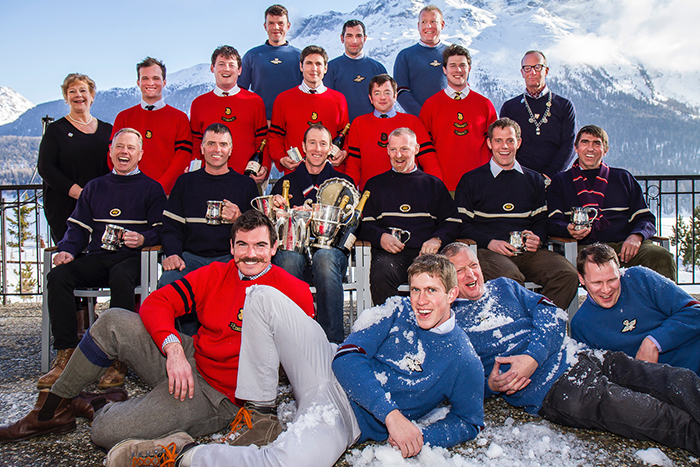 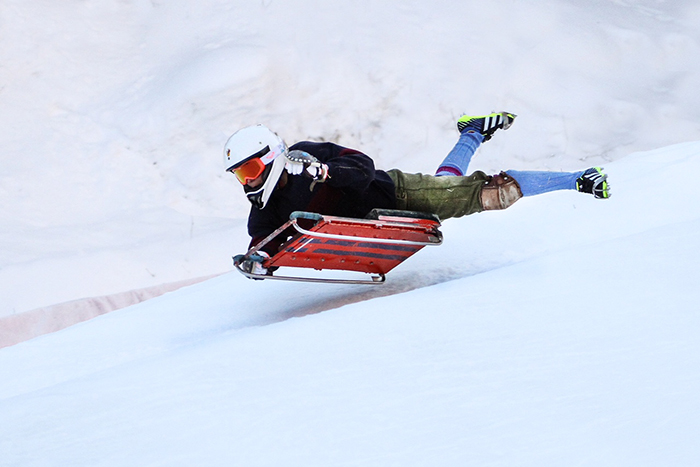 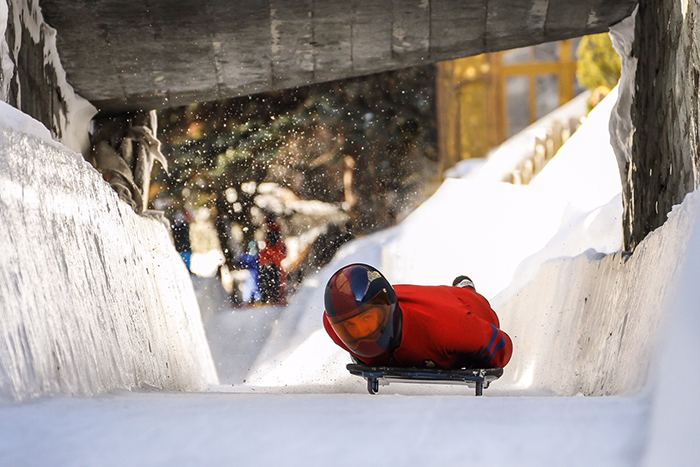