The Royal Navy regained their hold on the Prince Philip Trophy last year, so it was our main focus to take it back and reassert the Army’s authority on the Cresta Run. 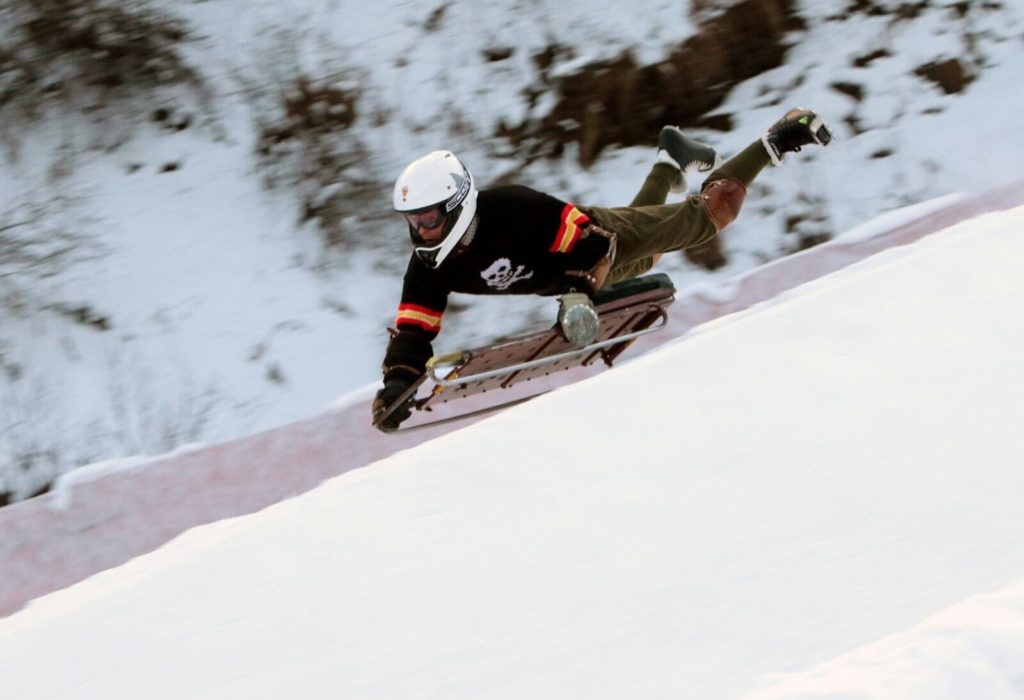 This season we had 28 riders representing eight different regiments for the Junction Inter-Regimental Championships, of those riders 11 were other ranks and two were ladies, and for the first time the Intelligence Corps was being represented on the Run. The Inter-Services Ladies race that was trialled last year was being held again following authorisation from the St Moritz Tobogganing Club. The Army Team was well represented this year with a high number of returning team representatives placing us in a strong position from the outset; showing that dedication and commitment from returning riders and initial investment in the past was paying off.

With the Run being hand-built each year there are always some nuances to learn in order to get the correct line around key parts. This year was no different with elements of the Run being significantly more technical and requiring pin-point accuracy to ensure a safe ride. Conditions had been near perfect with early dumps of snow to aid in construction followed by consistent sub-zero temperatures allowing the ice to harden, owing to this there were a significant number of falls this season.

The Army Championships took place over two days in mid-January this season with a new format being trialled. This saw a rider’s fastest time from day one being carried forward to day two, thus allowing for a fall or two. As there is no certainty on the number of rides that may take place on a day, the first ride of day two would then be added to the first day time, a fall would mean elimination. As it turned out there was no riding from Top on day two so we were able to take two rides on day two, equating to a three course race. It turned out to be a day of attrition with the spoils going to those that managed to stay in for the full three courses. Not only is there a race for the 17th/21st Lancers’ Inter-Regimental pairs trophy but also for the Individual Novice Championship and the Individual Handicapped race, this allows riders of all abilities the opportunity to take home some silverware.

The novice open was won by Tpr Oliver Wiggins (KRH), who along with Capt Scott Pryor (KRH), also won the 17th/21st Lancers’ Cup. A pair from the Life Guards came in second, followed by the Queens Royal Hussars whilst the Junction handicap race was won by the author.

During Inter-Services week the Army held its own Top race, the Scots Guards Cup. There was a field of nine riders including, for the first time a lady, Rct Carina Evans(AGC), who had reached a landmark in the Clubs history by being the first lady to officially ride from Top in 90 years! Competition was on for the 5th and 6th spot in the Army Team. Capt Scott Pryor (KRH) proved a worthy 6th man whilst Capt Jonnie Palmer-Tomkinson (1GG) rode exceptionally well and secured his spot as 5th man in the team by placing 3rd, the author took first place followed by Maj Paul Chishick (HCR). The remainder of the team was set with an impressive return to form from Capt Jack Barnes (HCR) and an ever-reliable performance from CSjt Tim Armon-Jones (Rifles).

Race day arrived with a dusting of snow after a cold night and temperatures of around -12 degrees throughout the day. The pilot, Nico Juelich, one of the Clubs top riders, set a fast time that indicated the condition of the run; cold, hard and fast, despite the snow that might have otherwise slowed proceedings. CSjt Armon-Jones led the charge and set a solid baseline throughout the race. The main competition, as last year, was between Capt Wythe (RL) and Surg Cdr Potter (RN). The course caught a few people out during the course of the race, Surg Lt Cdr Potter and WO1 Birkby representing the Navy and Cpl Savage from the RAF fell on the first course, while Capt Barnes and Gp Capt Below fell during the second course. With those initial fallers the Army stood in the lead from the outset, with consistent riding across the team. Even after the second course, with Capt Barnes sadly falling there was still a comfortable lead, however, there was no place for complacency. Once the dust had settled and all remaining riders had successfully made their way to the finish everyone waited for the final placings to be announced. The Army team had held their nerve and came in first by over twenty seconds, with Capt Wythe taking the grand slam, winning the Auty speed cup for the fastest single time of the race of 53.95s and the Lord Trenchard trophy for the lowest aggregate time of the race. Maj Chishick came second in the Lord Trenchard and Mne Hill (RN) came third.

The Service Ladies race took place from Junction and included the Inter-Service Ladies team race. Both the RAF and the Navy were able to bring some of their riders back from last year, whereas the Army had two beginners. This did not deter anyone from riding to their full potential, Lt Colquhoun (RL) rode exceptionally well, posting 51.89 on her first ride followed by two sound 53’s which was enough to win the individual Service ladies race, a fantastic effort which certainly shows potential for the future. Sadly Cpl Leigh (Int Corps) fell on her second course, taking her out of contention, however this does not detract from the dedication and courage she showed during the run up to the race. The Royal Navy ladies won the Ladies team race with the RAF coming second.

Brigadier Ian Gibb Chairman of Army Cresta, returning to support the Army team and indeed race in the Silver Spoon, was placed just outside the photograph in 7th place following two days of gruelling practice including a visit to the straw.

Rct Evans (AGC) was eligible to compete for the Harland Trophy, a handicapped Top race, and rode with great consistency throughout the day, eventually placing 3rd. This was a huge achievement for her following an impressive rate of progression over the previous days.

It has been a brilliant season for Army Cresta, with further depth being developed and identified to ensure a competitive team for future years. Retaking the Prince Philip Trophy was a wonderful moment and reasserted our strength as a Team. With the second year of Service Ladies riding complete and an overall increase in Ladies riding across the Club there is a positive and supportive feeling for inclusion. I would like to mention that Surg Cdr Potter was able to stay out for the Morgan race, where in consolation for his fall he won his Club colours, this is a huge achievement and is thoroughly well deserved.

The Army Team is going from strength to strength and I am extremely grateful to the AWSA for their support, I look forward to defending the Prince Philip Trophy next year. 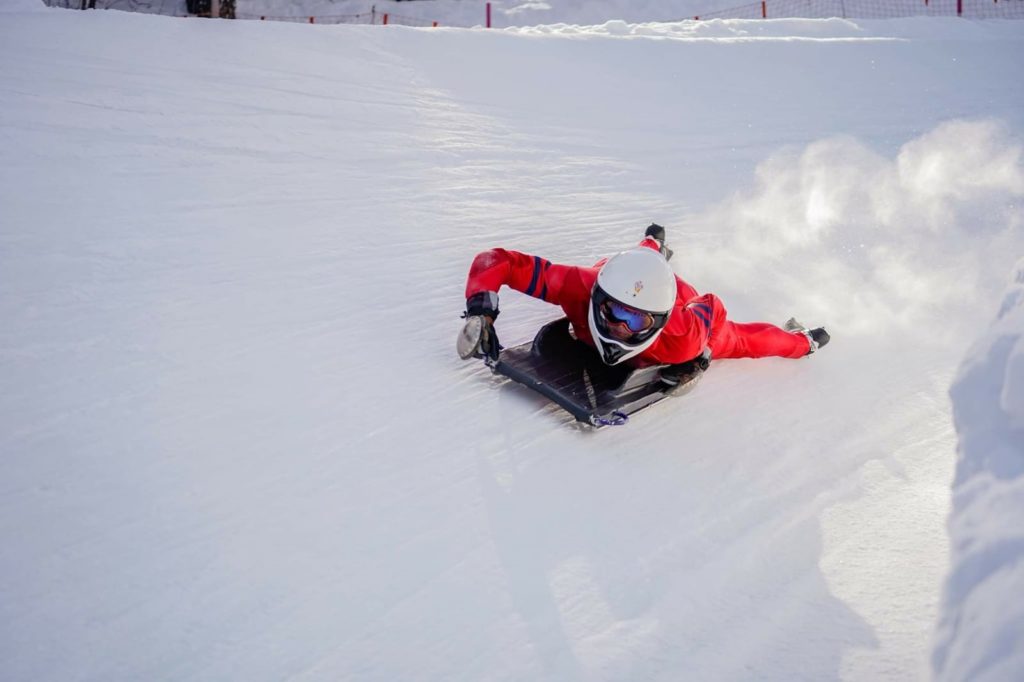