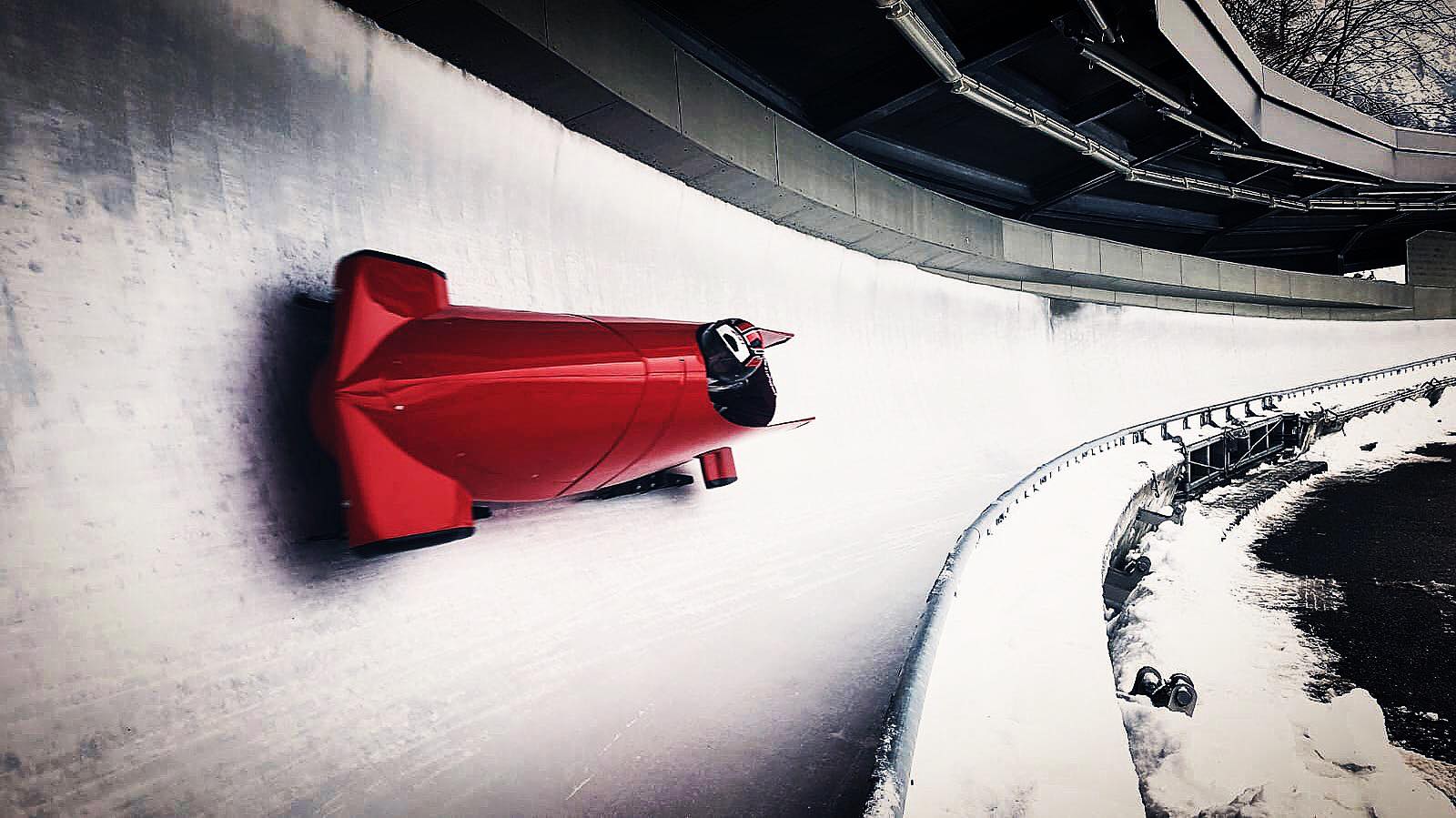 If you have ever watched Cool Runnings and thought … ‘how on this green earth do I join a Bobsleigh Team?’ Look no further!

The Army has its very own Bobsleigh Team, which for some has proven to be the gateway into international level sports. The season runs from Dec – Mar each year and consists of three Camps:

Bobsleigh epitomizes Army Values; in its extreme nature, requires huge amounts of courage, discipline, selfless commitment, team loyalty and physical robustness. Sliders can expect to reach speeds of up to 130kph, whilst they navigate the icy track. A once in a lifetime opportunity to access this unusual, adrenaline sport, with a view to representing individual Units, Cap badges and the Army, furthermore being a part of the ice sports family. 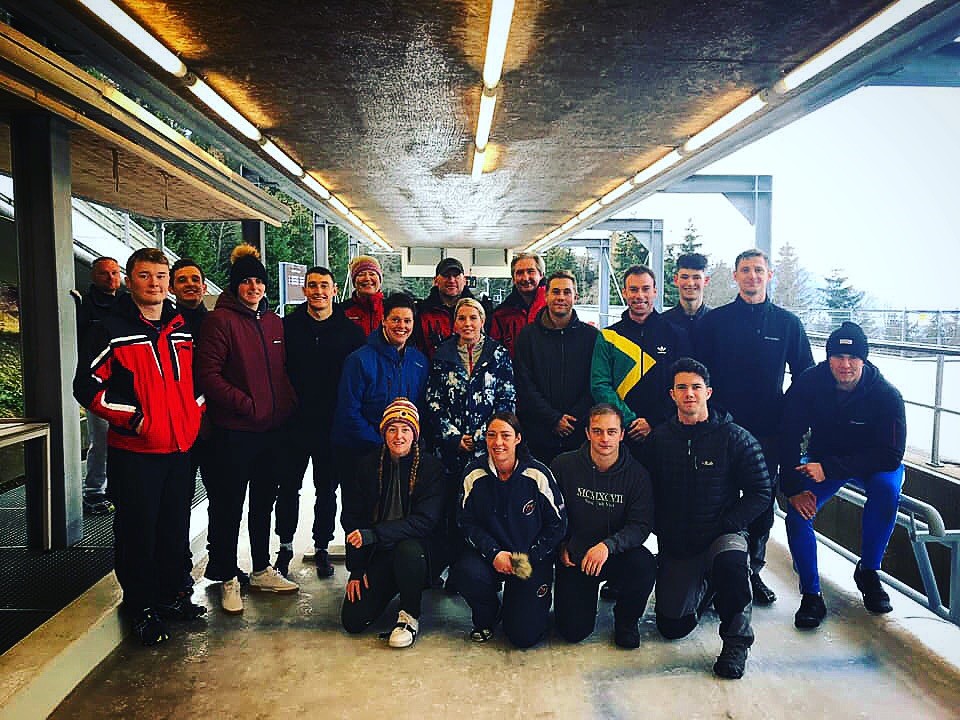 The Army host a novice training camp each year offering young aspiring athletes the opportunity to learn the fundamentals of Bobsleigh, and attempt both braking and driving a 2 man/woman team. The camp is split over two separate weeks, allowing athletes the flexibility to choose which they wish to attend. The camp benefits from top class coaching from two of our ex GB and Olympic athletes, who go right back to basics teaching the technical aspect of the sled and sliding dynamics, to how the team should operate. By day two the novices will experience their first slide from the ladies (Damen) start. Despite this being a ‘gentle’ build up to driving the track from the top … it may still resemble being re-born through the screaming jaws of the sound barrier itself, as the sled generates speeds of up to 100kph on the training runs. Once they have mastered handling the sled from the training ramp, they get to go ‘off the top’.

It helps to arrive prepared for the extreme sport, with a fair level of physical fitness and a robust and positive attitude to get the sliders from ‘zero to hero’ on the mountain. Safety is of utmost importance and the sliders must confirm their aptitude for piloting the sled before those spikes touch the ice. But the exhilarating feeling of successfully piloting a Bobsleigh down the mountain, is irreplaceable. In it together, these training camps forge long lasting friendships, as the teams survive the week with that ‘holy mother of Bobsleigh!’ feeling! If you would like to get involved this season, learn a new sport, have the opportunity to represent your unit at the Army Championships, make new friends and open up the doors to international sport, apply now through our AWSA website. Alternatively, you may find us on Facebook and Instagram @Britisharmybobsleigh. All links and events are published regularly and the team are on hand to answer any questions you may have before you arrive. We hope to see you on the Ice! 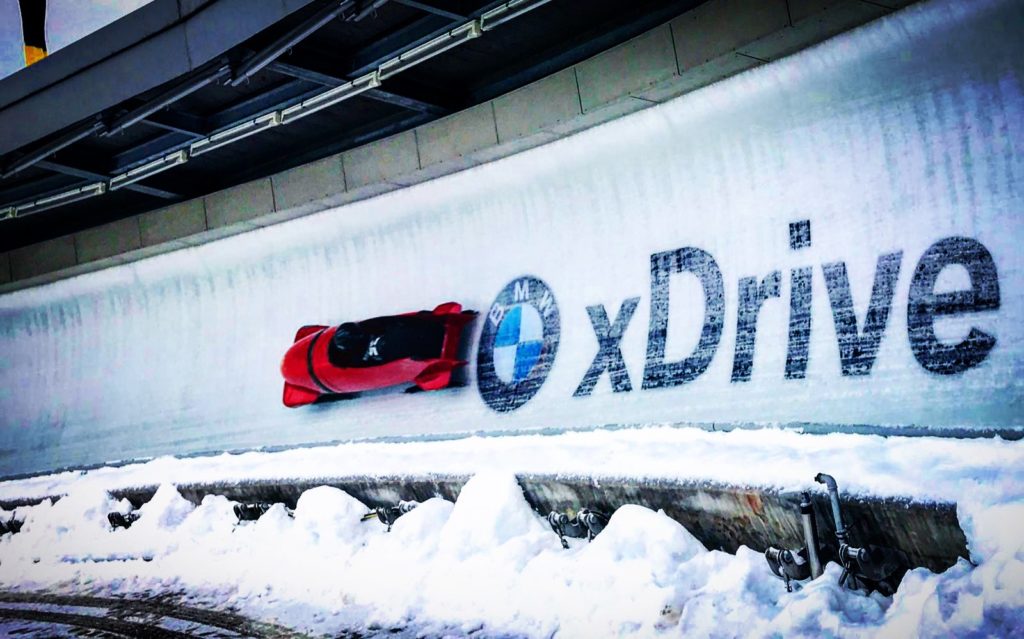 After successfully completing the novice training camp in Igls, Austria, the new sliders advanced to Konigssee, Germany for the Army Championships. The new and technical track proved to be challenging terrain for the teams, resulting in a few spills out of the notorious 360 degree turn, un-affectionately named Kreisel. The driving finesse required for these new turns meant that even a sniff of complacency meant Kreisel would swallow you whole, chew you up and release you back to the world the wrong way up! The rest of the track was equally as challenging to navigate as it threatened to shake each sliding team upside down for their CILOR, if they dared reinvent the driving lines offered by the coaches.

The Deutsch Post Eis Arena was situated at the foot of Lake Konigssee, surrounded by snow tipped mountains, overlooked by the infamous Eagles Nest. Pilots would walk the track every morning with the coaches to revise the best lines to take, and the brakeman and women would be preparing the sled for the days training. As the lights turned green and the cheeky track voice would announce the track is clear for the ‘next contender’, each team battled through the week to improve their times and build up to their best standard by race day, enduring the ups and downs. The Army Championships race was held on the final Friday over two Laufs (slides). It was a close race, with only seconds separating the teams, but there can be only one winner!

The results for the Army Championships, Konigssee 2019 are as follows: 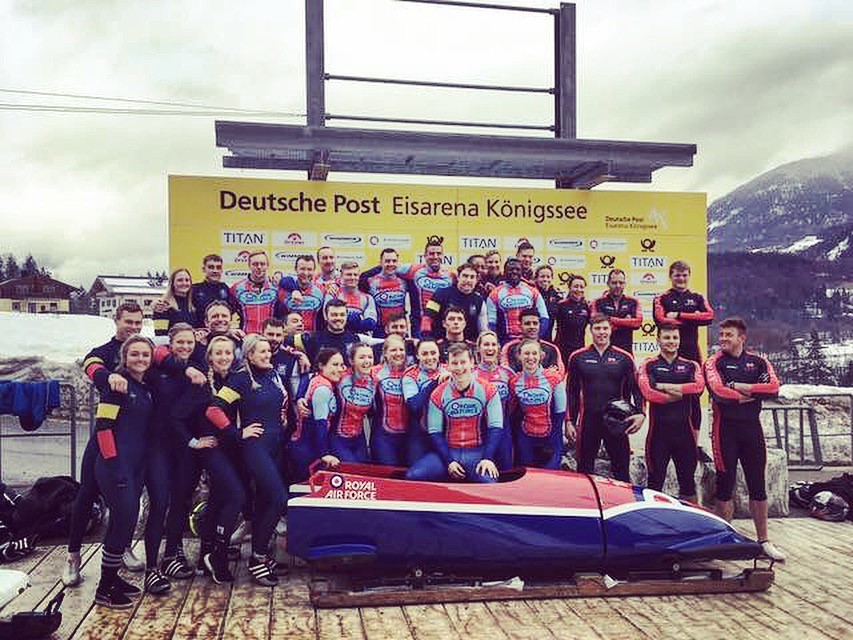 The Royal Navy, Royal Marines, Army and Royal Airforce advanced on Konigssee for an ice war. The services came armed with a sliding force ranging from complete novices to Olympians. Even Team Jamaica made the coolest of appearances, with Shan Williams of the Jamaican Bobsleigh Team sliding on behalf of the RAF. The adrenaline fuelled atmosphere always makes this a highly addictive sport.

The strict routine compliments the risky nature of the sport, beginning with an early track walk for the pilots. Every inch of the ice is analysed and each turn is visualised until each pilot can drive the track with their eyes closed. Meanwhile, the brakemen and women are conducting team strength training under the international level push coach, Steve ‘Smudge’ Smith. As the squad increase their bounds daily, the runners begin to shine and the down times sharpen, the sliders compete for a position on the Army Team by the end of week one.

Those fortunate enough to be selected continued to wrestle their way down the track over the two week training package, supported by those who fought valiantly but did not quite make the team cut. With hundredths of a second dividing these runs, the squad was looking fierce and those no longer sliding remained armoured and ready to ‘fight tonight’ should they be called upon.

The track proved to be unforgiving to some, as all three services slid through blood, sweat and tears to tame the beast that is Konigssee. With hours of sled preparation, physical training, and the highs and lows (some very low!) of time spent driving the course, it was time for the grand finale! The UKAF Inter Services Bobsleigh Championships was held over two days, four Laufs, over approximately 5km of ice and including 40 athletes. The competition was fierce, and each athlete gave it their all, seeing some PBs at the block for the push start and some experiencing their first race day crash. After two adrenaline fuelled days of fixed bayonets, the results were in: The Royal Navy made history – the first time both their male and female teams stormed the race and won Gold. The RAF swept up silver and the Army Bronze, with only three seconds between the fastest and slowest sleds of each service, making it an intense race! The Army saw some personal achievements in the individual race with Captain Sarah Smith AGC(ETS) and SSgt Zoe Beckett RADC, finishing on a podium finish with an individual Bronze medal. LCpl Johnathan ‘stangely’ Brown PARA and Pte Olly Butterworth PARA achieving the same in the men’s individual race. Pte Olly Butterworth also won the Fastest Brakeman award for an outstanding push start, which would not have been out of place at an international competition.

As the last breaths were expelled from the dying beast that was Konigssee, the sportsmanship and camaraderie was unquestionable, as athletes from all three services came together to shake the hands of the others and cheer them over the line. Celebrations were had and prizes were awarded, with everyone feeling part of one ice sports family. The extreme and dangerous nature of this adrenaline sport sets it apart from any other, and creates an environment which strongly promotes respect, loyalty, team cohesion, courage, mental and physical robustness on a whole new level! Once you have been gripped in the jaws of the ice sports world, it will be difficult to forget it … not only being part of an incredible extreme sport and brushing shoulders with world class sliders, but being a member of the ice sports community, this is belonging.